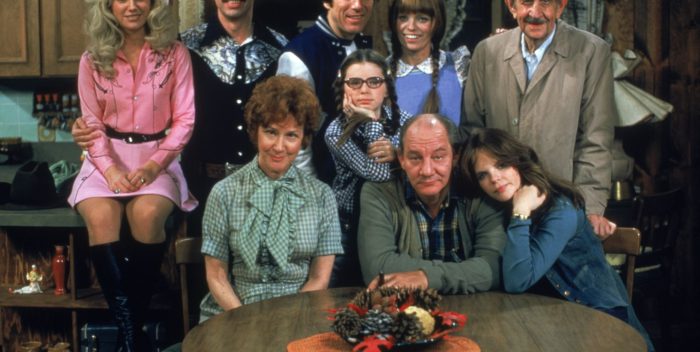 The brilliant satire from the mid 1970s, “Mary Hartman, Mary Hartman” is going to be revived. Good luck.

“Schitt’s Creek” actress Emily Hampshire will play an updated Mary. No other cast has been announced.

The original show, a parody of soap operas before Susan developed “Soap,” ran for two seasons (325 episodes), and was created by Gail Parent, Ann Marcus, Jerry Adelman and Daniel Gregory Browne. It was broadcast in syndication Monday through Friday at 11:30pm, five days a week. The result was a worn out cast that had to respond to overnight fame and incredibly popularity. The star, Louise Lasser, barely made it to the end.

Lasser, who was burned out from “Mary Hartman,” retreated after the series into a semi-retirement. When she took the role, she was famous from Woody Allen’s “Bananas.” She was also the director’s second wife.

“Mary Hartman” depended on a kind of subversive knowledge of the culture, a sublime way to poke fun at suburbia and middle America. It’s a sense of humor that doesn’t exist anymore in the PC world. That kind of satire might exist in some indie film space, but I doubt these new people will get it, or be allowed to do it. As awful as the people of Fernwood were, that’s what America has become.

To wit: Loretta was a guest on “The Dinah Shore Show.” It was her big break. Live on the air, Dinah told Loretta she was Jewish. “Them’s the people what killed our Lord,” Loretta replied. Trust me, we’re not going to hear that now.

This will be a disaster, but that won’t stop anyone from trying to make money from it.