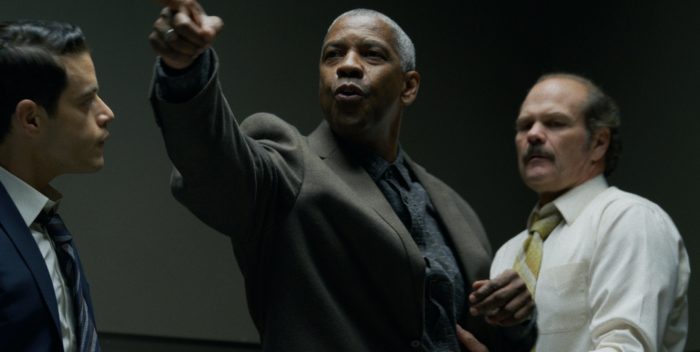 The number 1 movie this weekend was “The Little Things,” starring Denzel Washington and Jared Leto, from Warner Bros. It made about $4.8 million in 2,171 theatres. Like all new WB Movies it was also put on HBO Max.

Disney thought they’d cash in on a Denzel moment so they re-released “Remember the Titans” from 2000, for no special reason. It was just to confuse fans who were wandering around movie theaters. They picked up a mere $65.000 in 730 theaters, not really worth it in the end. The 20th anniversary of that film’s release was back in September. So what was the peg here?

“Wonder Woman 1984,” also from WB, previously on HBO Max, scooped up another $1 million bucks but couldn’t cross the $40 million line. Warner Media says HBO Max subs went through the roof when “WW84” was first shown, so maybe it was all worth it.

“News of the World” crossed $11 million. I hope Academy voters are watching this film at home. It should be one of the top 10 on their ballots including Nomadland, The Father, Soul, Minari, Chicago 7, Billie Holiday, Ma Rainey, One Night in Miami, Judas and the Black Messiah, and Sound of Metal. Two movies I really liked are sadly out of the conversation, but find them anyway: Let Them All Talk, and The Personal History of David Copperfield.