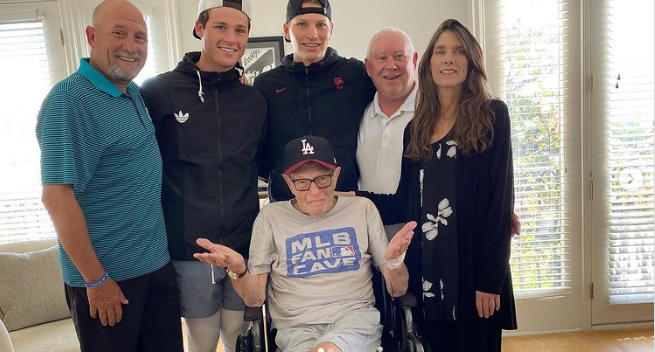 Larry King’s three sons released a statement around 9:30pm, strangely timed right in the middle of CNN’s special about their father.

I think it’s great that CNN has produced this big special tribute to Larry considering 11 years ago they dumped him after a quarter century and replaced him with the annoying Piers Morgan.

Morgan has offended everyone today with his own tweet, which was about him. He wrote that Larry hated him because Morgan replaced him. Nice.

Here’s the family’s statement. Sending condolences to them. 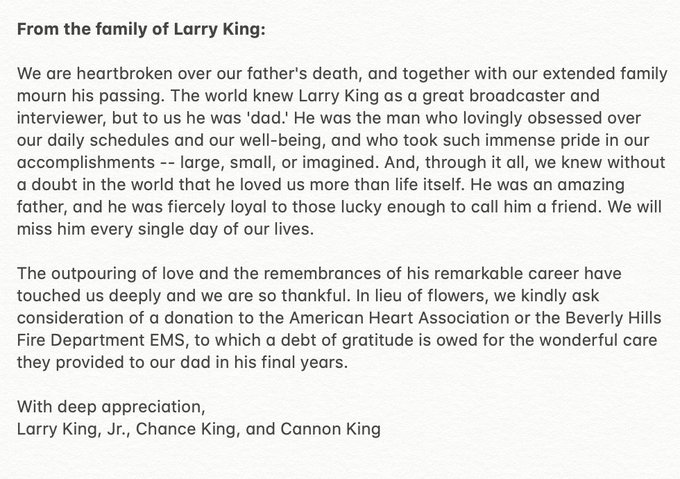