There was an inaugural celebration on television last from 8:30pm to 10pm. It was literally on every broadcast and cable outlet except one: Fox News and Fox affiliate stations. The later showed The Masked Dancer.

Fox, still owned by Rupert Murdoch, is floundering in the ratings. They don’t know what to do. Their main purpose is under attack. With revenue declining, they laid off 20 people from Fox News.com. 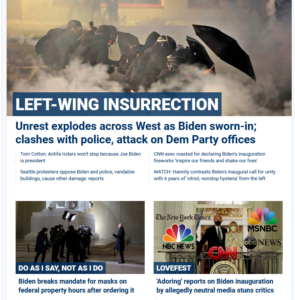 Meantime, Trump tried to scare his followers that the stock market would collapse once he was removed. Instead, the market zoomed up yesterday and has stayed up today.

Rupert, you old man, wake up. Or let your sons take over. To quote a pop song, “You’re out of touch, you’re out of time.”