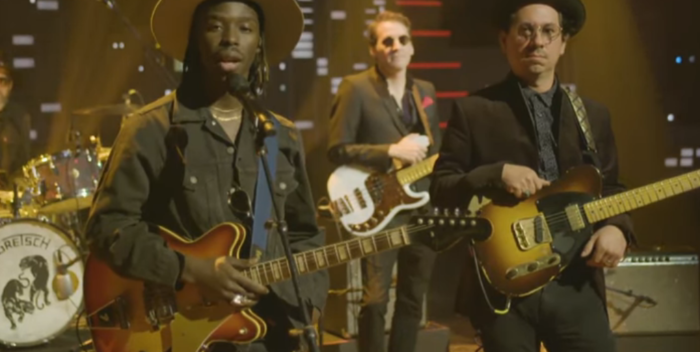 Last night’s 90 minute Biden Inauguration show was a hit for all its performers, and the songs they sang.

The show, which aired on every network except Fox News and its local affiliates, sent 20 records into the iTunes top 100 chart.

The big news is that “You Get What You Give” by New Radicals, first a hit in 1998, is number 4. It’s not the only older song to hit the chart. “Lovely Day” by Bill Withers, sung by Demi Lovato, is in the top 10. So Katy Perry’s “Firework” and Foo Fighters’ “Times Like These.”

The show was a boon to performers’ catalogs!

Elsewhere in the top 100, the Beatles’ “Here Comes the Sun” has popped up because of the terrific performance of the song by Jon Bon Jovi. Bruce Springsteen’s “Land of Hope and Dreams” is also in the top 50.

John Legend’s amazing rendition of “Feeling Good” by Nina Simone has sent the original into TWO spots. The funny thing is, that song has been in a commercial or two this year, but Legend’s version did the trick. John Legend should really release an album of all the covers he’s one. That one, last night, was phenomenal.

The show also propelled a bunch of associated albums into the iTunes Top 200 albums. The Black Pumas have two albums in the top 3, followed by New Radicals, and Foo Fighters.

Here are some highlights: