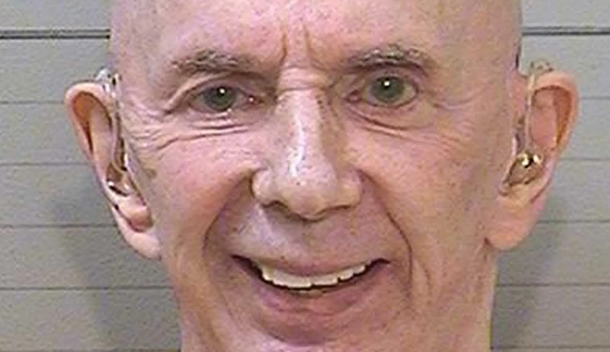 Phil Spector, inventor of the Wall of Sound, rock and roll genius, is dead at age 81 after contracting COVID. Spector was serving a life sentence in prison for killing actress Lana Clarkson in 2003.

Spector can be remembered as a real genius, too, but also a mad man. His genius in music can’t be underestimated, but his personal life was a wreck. He was evil on many levels, not paying his performers who eventually chased him through the courts. Among his “victims” are also survivors like his ex wife Ronnie Bennett Spector, and Darlene Love, who proved that only the strong survive.

But Clarkson wasn’t so lucky. She went home with him on February 3, 2003, where he showed off his guns. In the process he killed Clarkson by putting a gun in her mouth and pulling the trigger. I wrote about the murder almost from the moment it was reported by the police. Here is that story. Clarkson was so lovely and naive, the pain from her death no doubt resonates with her family and friends to this day.

I met Phil Spector a few times over the years. Once was at the the Rock and Roll Hall of Fame induction at the Waldorf. Another time was on my birthday at Elaine’s, in 1997, when he arrived with a table of armed body guards. He was also sporting a holster. Elaine Kaufman sent them all to a back table, and then sent me to talk to them. Phil was charming and remembered our previous meeting, but made sure — like an old West sheriff — to expose that holster.

He was the darling of the Rock and Roll Hall of Fame and Jann Wenner — who idolized him — for his work on the Beatles “Let it Be” album, and for launching Ronnie and the Ronettes, Darlene Love under many group names, for producing Tina Turner’s “River Deep Mountain High,” for creating the Wall of Sound galaxy of musicians that included Glen Campbell, Leon Russell, Sonny and Cher, and famous side musicians like Carol Kaye, Hal Blaine and so on.

Over the 50 or 60 years since the Wall of Sound and the Wrecking Crew– that galaxy — came to be, it’s been often imitated, resurrected, and cited as an influence. Bruce Springsteen and Little Steven van Zandt are certainly two of its disciples, and there are so many more. After “Let it Be,” John Lennon stuck with Spector for many of his solo records. Lennon’s girlfriend, May Pang, has often recalled how Spector played with guns in the studio, once shooting holes in the ceiling. George Harrison also used Spector for his “All Things Must Pass” classic album set.

The Spector hits most known are the Ronettes’ “Be My Baby” and the Righteous Brothers’ “You’ve Lost That Lovin’ Feeling,” among hundreds. And there would be no Christmas without Spector’s “Christmas” album, a recording box of holiday confections. None of that can be erased. But neither can the total craziness, madness, and, yes, evil.

Here’s a great documentary, and a couple of clips: