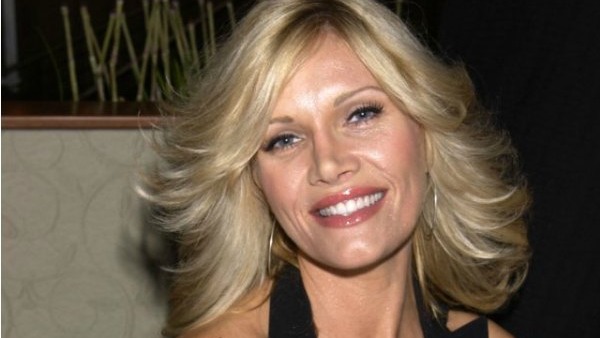 Lana Clarkson was murdered by Phil Spector on February 3, 2003. A few hours later I wrote this piece on Foxnews.com. Lana had a website that clearly showed a lot of love, and a good sense of humor. The website is still up at www.lanaclarkson.com. Today, reports came out that Spector, a talented but terrible person, wasn’t doing well in jail. Here’s the original story, which was widely linked to back in 2003:

from February 4, 2003:
The woman found shot dead in producer Phil Spector’s entryway was a minor TV actress with a long list of credits and knockout beauty. She was a six-foot blonde with a sense of humor and pretty decent idea of how show business worked.

How do we know? Well, forty-year-old Lana Clarkson is speaking from the grave. She has a Web site with a message board on which she was vocally active every few days. The police and tabloid newspapers will be combing over the site to try and figure out what happened to her and how she knew Spector. Her story is one typical of so many beautiful women in Hollywood who have the looks but not the talent to make it as a full-time actress.

Instead, Clarkson seemingly created a career by appearing in B-movies galore. Some of them have unfortunate titles, like Deathstalker. There will no doubt be a rush to see if she participated in any X-rated ventures.

One theory, raised on her message board, is that she may have met Spector at the House of Blues on Sunset Boulevard, the upscale music hall co-owned by Dan Aykroyd. Spector was a frequent visitor there. Clarkson began working there as a waitress, according to her site, just recently.

Clarkson has dozens of credits, dating back 10 to 15 years. More recently, she had her own production company, Living Doll Productions, and she was trying to start her own projects. Her current credits included working as a presenter at comic book conventions and at Glamourcon, a convention where pin-up girls and former Playboy playmates sign autographs for guys.

Nevertheless, from her own posted messages on her Web site, Clarkson was no dumb blonde. She routinely answered questions from her fans, and did so with aplomb. She admired Marilyn Monroe, for example, “this is not to imply that I wish to live the sort of lonely and narcotics-shrouded existence she did. What I love about her is her essence, her work and her commitment to it. She was an ACTRESS with a capital ‘A’!” she wrote in one posting, and concluded: “I have been blessed to work in an extremely difficult industry, but in my opinion have not even begun to reach my full potential. I have been pounding my head against a plexiglas ceiling trying to break through to a completely different level for a while now. God willing, this is the year it will happen. Keep your eye out for a new quality of work from Ms. Clarkson!”

In another posting, Clarkson described her long haul as a ‘C’ level actress: “I’ve always been fortunate to make a living as an actress. However, I have done other jobs to supplement my taste for producing, writing and directing. I’ve worked as a standup comic, a model, a producer, a travel agent, done trade shows, worked for a jewelry company and teach image enhancement workshops for the corporate world. I also occasionally teach acting.”

She did not care to share her personal life with her fans however. “Thanks for stopping by. I am dating, but don’t feel comfortable sharing that part of my life,” she wrote to one fan. “I prefer to keep my love life private!” She then adds eerily: “As far as past relationships, there have been some great loves (some of them famous), but you’ll have to read about them in my book. That won’t be completed for a couple of years yet.”

Today, you’re going to be reading everywhere about the strange world of record producer Phil Spector. A musical genius and the inventor of what is now known as “the wall of sound,” Spector also has a trigger temper. He was famous for shooting off guns.

Now he may have gone too far. But O.J. Simpson/Christian Brando defense attorney Robert Shapiro is a close pal of Spector’s and is there to handle the case.

Spector is considered a hermit and recluse, rarely working since his brush with the Beatles (Let It Be) and George Harrison (All Things Must Pass) in 1970. He helped John Lennon a year later on Imagine and in 1975 on his Rock ‘n’ Roll album. One source who was there during those sessions told me yesterday, “John was mostly disgusted by Phil and his guns. There’s a famous story of how he shot a hole in the roof of the recording studio. John couldn’t take it, which is why he didn’t want to work with him.”

Since then, he’s worked on an album by the Ramones that was released, and one by Celine Dion that wasn’t. Recently, he produced tracks for the British group Starsailor. And he’s done some recording for Depeche Mode.

But mostly, it’s the stories about Phil shooting at people, into the air, etc., that you read about. Those are his old anecdotes that made him seem eccentric. They’re not so funny now.

Just a couple of weeks ago, Paul McCartney and Ringo Starr announced they were going to release a Spector-less Let It Be, restoring the album to McCartney’s original vision. Maybe this upset him.

Then there were the lawsuits. Both Darlene Love and Phil’s ex, Ronnie Bennett Spector, sued him for millions. They claimed that he’d never paid royalties on their hit records such as “Be My Baby” and “Then He Kissed Me.” He’d only remunerated them for the sessions. Love’s case stood after she won; Ronnie’s was overturned by an appeals court. Ronnie Spector, according to my sources, is in a constant financial dilemma because of Phil.

Spector’s personal life is as much of a mystery as he is. He had five children by my count: a pair of twins he adopted with Ronnie, another pair he had biologically and a biological daughter. The latter three were with Janis Savala.

“He prohibited her friends from calling her because Phil didn’t want her speaking with ‘outsiders’ who presumably were aghast that she would marry him,” said Mark Ribowsky, the author of He’s a Rebel (Cooper Square Press), a good Spector biography. “In time she lost almost all outside contact.”

Of the remaining children, one is a recovering drug addict. One of the original twins is dead. Another son, Gary, is supposedly on good terms with Spector and is even a collector of his records. Spector’s daughter, Nicole, lives in New York.

As for the women in his life, here things get cloudy. Recently, Spector “dated” Nancy Sinatra. Friends say they were together around the time of father Frank’s funeral. Currently, Nancy is in Nashville recording a new album with her old friend Lee Hazelwood.

Besides being a record producer, Spector was also the inspiration for the main character in the cult film, The Idolmaker, starring the late Ray Sharkey.

And while Spector is not the most social guy, he does throw a post-show cocktail party every year after the Rock and Roll Hall of Fame dinner in New York. All kinds of musicians and stars turn up. I’ve been to it, and talked to Phil. He told me on March 8, 2000, that he would never give Celine Dion her tracks back because he didn’t like them.

What happened, I asked him? “Very simple,” he said. “We did them, but her husband was jealous. He didn’t like losing control of the decisions. So they have them.” We will probably never hear them, which is a shame, since lush orchestration suits Celine’s odd voice.

Isn’t this almost what happened 35 years ago when Phil recorded Tina Turner and banned Ike from the control room during the sessions for “River Deep Mountain High?”

“I talk to Ike all the time,” Spector said. “He’s always callin’ me up. We’re friends!”

Second question: What about The Beatles’ Let It Be, which Spector produced over McCartney’s objections back in 1970? “Paul apologized to me for all the bad things he said,” Phil replied at the time. “He was only against it because John Lennon liked it so much.”

Spector went on to work with Lennon on several projects, including his Rock ‘n’ Roll album, which featured their re-worked version of Ben E. King’s “Stand By Me.”

“You know what? That was a takeoff on Rimsky-Korsakov,” he said, humming out the basic structure. “I thought we were going to get sued!”

(Probably not, since the Russian composer died in 1908.)

If all of that isn’t enough, one more thing. Yesterday, Feb. 3, was the 44th anniversary of the Day the Music Died — the airplane crash that killed Buddy Holly, Ritchie Valens and the Big Bopper.