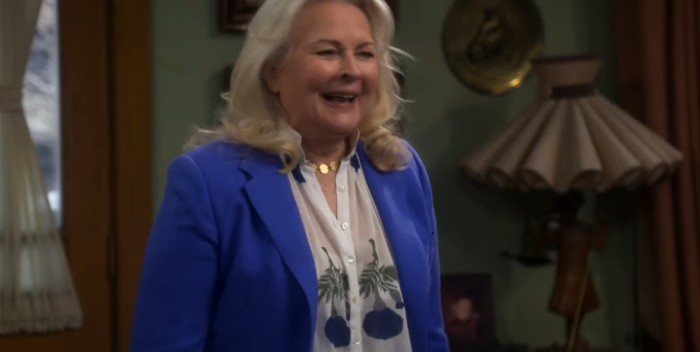 Turns out injecting some stunt casting into “The Conners” didn’t hurt the ailing ratings, it actually helped them.

Multiple Emmy Award winner Candice Bergen guested last night on the comedy and the numbers rose 8.6% to 3.89 million. The previous episode, on December 2nd, was at 3.58 million.

Bergen– who should be in the running for the Oscars Best Supporting Actress in “Let Them All Talk”– was very amusing, sarcastic, and biting as always. She was also a necessary addition to “The Conners,” which has been fading on a different night and time this season.

Bergen played Ben’s mom, and stole the show. Her interaction with Jackie (Laurie Metcalf) was worth everything. Let’s hope we see her again!