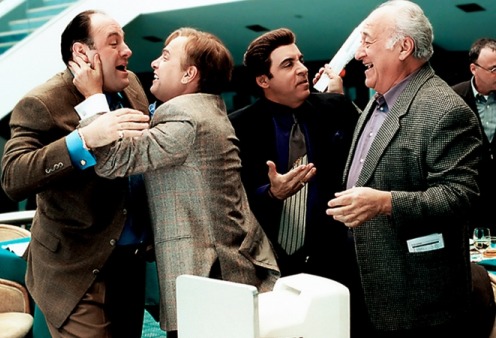 One day we’ll actually get to see David Chase’s Sopranos sequel “The Many Saints of Newark.”

In the meantime, we’ll settle for a photo Alessandro Nivola has posted of himself as Dickie Moltisanti, father of Christopher (Michael Imperioli in the series) looking buff and tough. Dickie died before “The Sopranos” story we know so well, and he presumably dies at the end of this movie. But there’s clamor for this film because we love the Soprano family and can’t wait to see everything that led up to the show we know.

I can’t wait! PS I want that shirt!