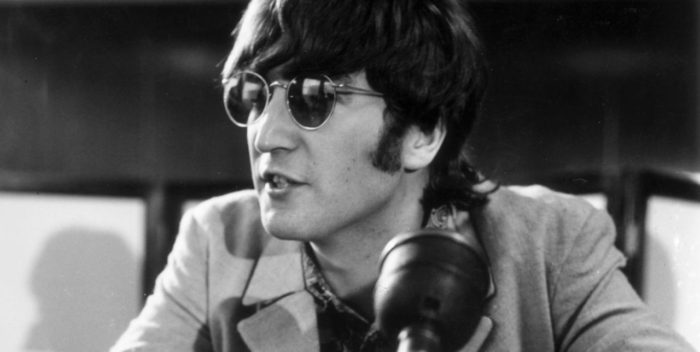 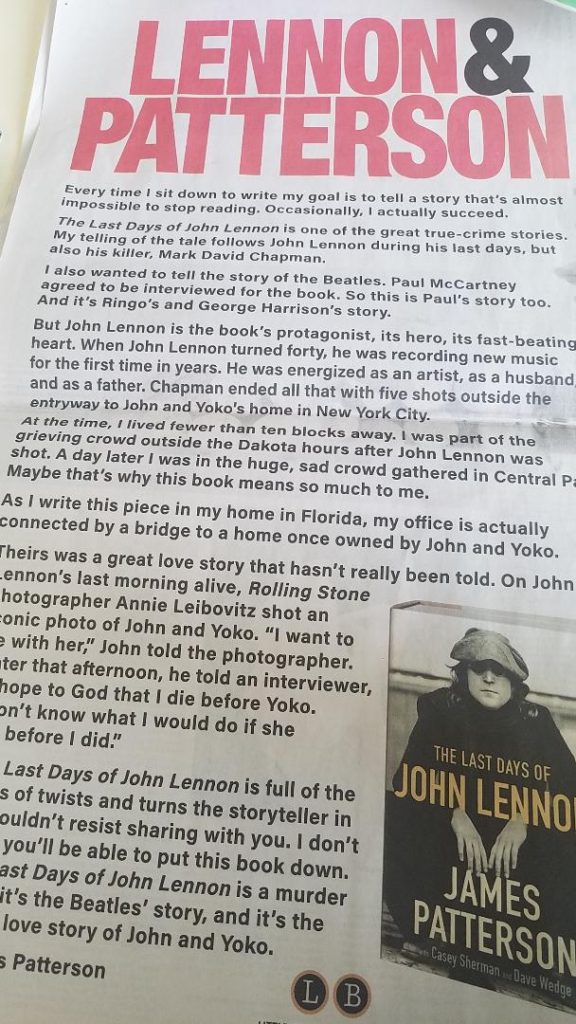 DECEMBER 9 2020 James L. Patterson is a best selling book machine. He has teams that write them, and they’re marketed like soup or Tide to gullible consumers. The books aren’t written so much as typed.

Today, Patterson– a former advertising man– has taken a full page ad out in the New York Times to announce a new “book” about John Lennon. It’s like Geraldo Rivera revealing Al Capone’s vault. Turns out Patterson knows the name of the killer and how he did it! Surprise!

The PR line is “The greatest true-crime story in music history, as only James Patterson can tell it.” But “The Last Days of John Lennon” is really by two guys from the Patterson workshop, Casey Sherman and Dave Wedge. What it appears to be from a look at its Amazon entry is a clip job about the history of the Beatles.  No news here.

“The Last Days of Lennon” is a must avoid. But the full page ad? Now that’s worth reading. It’s all about Patterson: he was nearby when Lennon was killed by Mark David Chapman, he was in the “grieving crowd” in front of the Dakota afterwards. He lives now in a house that’s connected by a bridge to a house John and Yoko once looked at.

He was also at Woodstock, I’m sure. And with Brian Williams in all those adventures. He also went to a Paul McCartney concert.

“Theirs was a great love story that hasn’t really been told.” Oh, no? Please.

Ka ching! I used to do my laundry in Boston at a place where John and Yoko once did theirs. There was a plaque on the wall that said so. And this was before Lennon died. I’m writing a book, too!

Save your money, kids.