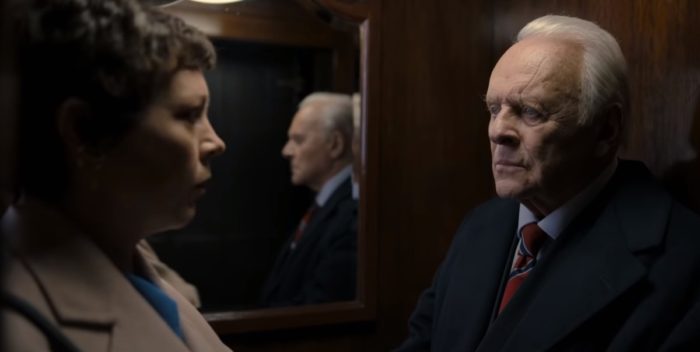 Anyone who’s seen Sir Anthony Hopkins in “The Father” knows he’s on the way to an Oscar nomination and possible win. The Florian Zeller movie co-starring Olivia Colman, Rufus Sewell, and Olivia Williams is a sizzling piece of film.

Sony Pictures Classics will release it “officially” on February 26th, 2021. That’s right at the very end of when movies can qualify for the Oscars on April 25th.

But don’t worry: “The Father,” like all four of SPC’s Oscar releases this season, will qualify for every award.

The other films, “French Exit,” “The Truffle Hunters,” and “I Carry You With Me,” will all be eligible for all awards.

The studio has “French Exit,” still dated for February 12th, with Michelle Pfeiffer and Valerie Mahaffey very deserving of nominations. I hope they stick with that date and promote the hell out of that film.

There was some confusion because different awards groups are accepting films before their public release dates based on arcane rules that we don’t need to understand. A poorly worded press release sent us in the wrong direction. But I’m relieved, because we need all these films for 2021 awards season!