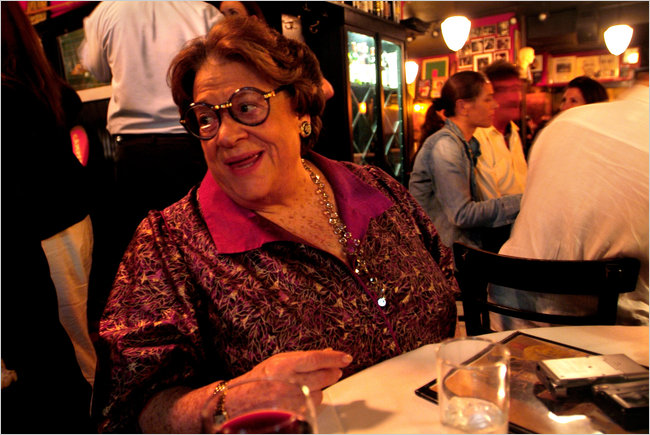 Our dear Elaine Kaufman passed away ten years ago today. She’d been in an induced coma for two weeks thanks to some bad medical advice and permissions from people who shouldn’t have been in charge of her health proxy. Many of her friends remain angry about the way Elaine’s life ended at age 81. We were cheated out of many more good years with her.

I was thinking about how Elaine would have handled the pandemic at her fabled restaurant. Elaine’s had no lunch menu. It was just dinner, and it was late. Would she have built out onto Second Avenue at 88th St.? Maybe. But a 10pm curfew would have been anathema to her. That’s the time her hot crowd would be arriving! Maybe it’s better she’s not around to live with this mishegos.

I would have joked, well, people with COVID have lost their sense of taste, so they really won’t mind the food now! Elaine was sensitive about her cuisine. It was never very good, and when it was there would be shock. Still, we persisted. We made up names for the dishes, and no one could remember what they meant. Michele Lee, when she was on Broadway in “The Tale of the Allergist’s Wife,” said she liked Chicken Bobo. But it turned out it was totally different than what I ordered as Chicken Bobo. We laughed about this a lot.

Mostly when I think of Elaine it’s about all the people she introduced me to, all the contacts I made, long friendships, dear relationships. Elaine gave everyone the courage to get up, move around, and see what was happening in her famous eatery. We laughed about her curmudgeonly attitude, but the fact is she was a real softie. Did she know her regulars would still be talking about her, reminiscing, and yearning for our halcyon days a decade after she left us? We never let the flame go out.

And so I think of Elaine hosting a dinner tonight, with George Plimpton, of course, and Terry Southern, and Nora Ephron, and Mike McAlary, and Liz Smith and Iris Love, of course, and Patty Bosworth, with Elaine herself plopped between Sean Connery and Roger Moore, and Kurt Vonnegut and Robert Altman holding court with Peter Maas, and Father Pete Colapietro, and Neil Travis, and Elaine Stritch pouring drinks. That’s my idea of heaven!

to Elaine. We miss you so.