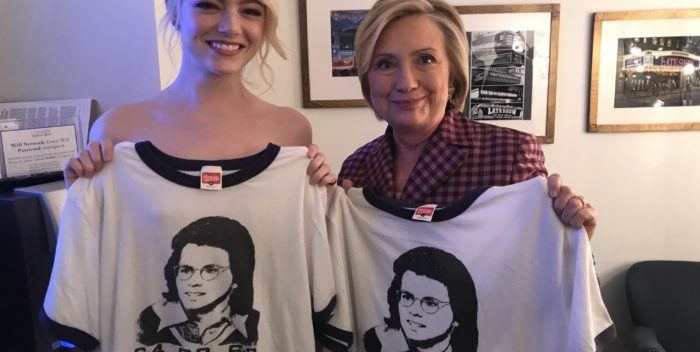 Emma Stone may be pregnant.  The Oscar winning star of Damien Chazelle’s “La La Land” has dropped out of his next film, “Babylon,” co-starring Brad Pitt. Stone would have played silent film star Clara Bow at the moment when Hollywood was turning from silent pictures to talkies.

Stone had such success with Chazelle it’s doubtful she’d drop out for “scheduling reasons” unless the schedule included a baby. Tabloids have been buzzing for weeks that she and husband Dave McCary, a director on “Saturday Night Live,” were expecting. It would be a blessed event.

“Babylon” reportedly has a 180 page script, suggested a three hour movie. So Stone knows this wouldn’t be a walk in the park. Better to bow out now. She already has her Oscar with Chazelle, so she can take her time. As for Chazelle, he really wants to make epics, I guess. I wish he’d try another film like “Whiplash” that is more economical in many ways. But he’s a major filmmaker now, so we’ll cross our fingers for great results.

For Emma, mazel tov, I hope.