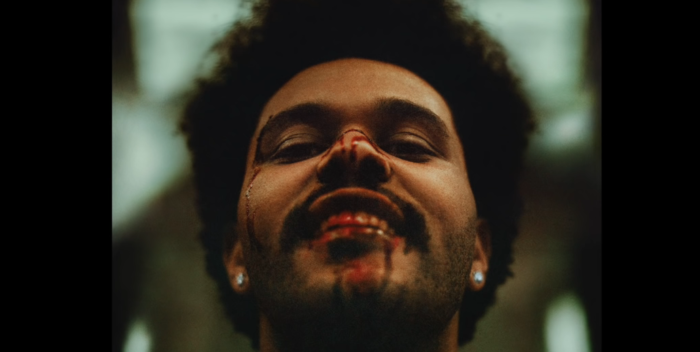 I cannot blame The Weeknd for being angry at his snub by the Grammys. He received not one nomination for his hit album, “After Hours.” This must have been especially confounding considering every awards “prognosticator” had him in first place for Album of the Year.

This evening he wrote on Twitter: “The Grammys remain corrupt. You owe me, my fans and the industry transparency…”

I have nothing but respect for Harvey Mason Jr., the acting head of the Academy who replaced Neil Portnow in last winter’s Deborah Dugan debacle. Mason has had a lot to deal with in the last ten months. He couldn’t have seen this coming. He said in a statement:  “We understand that The Weeknd is disappointed at not being nominated,” he continues. “I was surprised and can empathize with what he’s feeling. His music this year was excellent, and his contributions to the music community and broader world are worthy of everyone’s admiration. We were thrilled when we found out he would be performing at the upcoming Super Bowl and we would have loved to have him also perform on the Grammy stage the weekend before.”

But this episode — which hearkens back to Justin Timberlake being wiped out for his monster-selling “20/20” album a few years ago — unfortunately shows there is a wrench in the voting. And just last year’s snub of Taylor Swift’s “Lover” album is a point of reference. Plus, this year, Luke Combs’s best selling country album, “What You See is What You Get” was completely overlooked. That’s not possible.

Obscure artists whose names most people have never heard popped in this morning’s Grammy nominations. It was kind of a joke. It’s one thing to celebrate new artists or those that are under appreciated. I’m very happy, for example, that Gregory Porter was recognized in R&B. But for deserving artists whose records sold well in a bad market, and were popular, to be omitted sounds like they were targeted. Or at least the others had an unseen hand helping them.

Every year that the Grammys have been around there have been odd winners and the wrong losers. Not to mitigate Norah Jones, but her debut album’s win over Bruce Springsteen’s “The Rising” has always gnawed at me. And going back further I can recall when Janis Ian’s “Between the Lines” beat– are you ready? — albums by Paul Simon, Elton John, Linda Ronstadt, and the Eagles. I was ready to sue someone. Just this past winter’s Billie Eilish sweep was extraordinary– and wrong.

But there it is. We’re stuck with it. There’s going to be more fallout over The Weeknd. It’s lucky there’s no audience this year for the show. I think a lot of people would have boycotted it. Was The Weeknd punished for his participation in Sunday’s “American Music Awards”? I would say yes. But we’ll never know for certain. Anyway, The Weeknd has the last laugh. He has a great album, wildly successful, and loved by millions. That’s all he really needs.

PS Surprised we haven’t heard from Kanye yet. He hasn’t Tweeted since November 4th, 20 days. Kim has his phone, obviously.