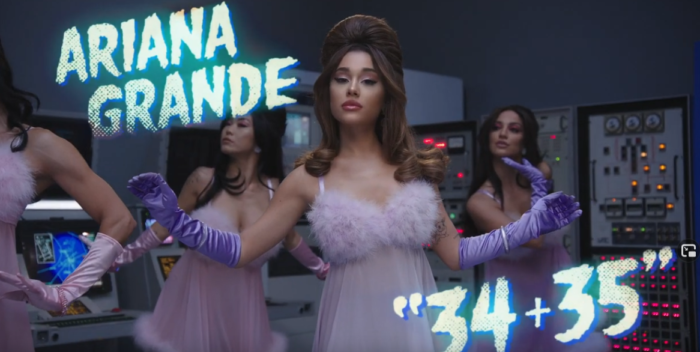 Ariana Grande is selling records this week, but only some.

Her raunchy single, with the refrain “F**k me til the daylight,” is not something a lot of people want on their phones or in their iPods. Imagine who might find it!

The result is that “34+35” has sold only 6,500 paid downloads according to Buzz Angle Music. Are you one of those people? Everyone check your devices.

On the other hand. the song that adds up to 69 is very popular on streaming. The total sales equivalent now is 357,000. That’s coming from streaming services like Spotify and Apple Music. It’s much safer to sing along to “34+35” and then let it go rather than have it turn up by accident forever.

The video for the song has 26 million views, as well.

But rest assured, this is not a song you’ll be hearing on Z100 anytime soon.