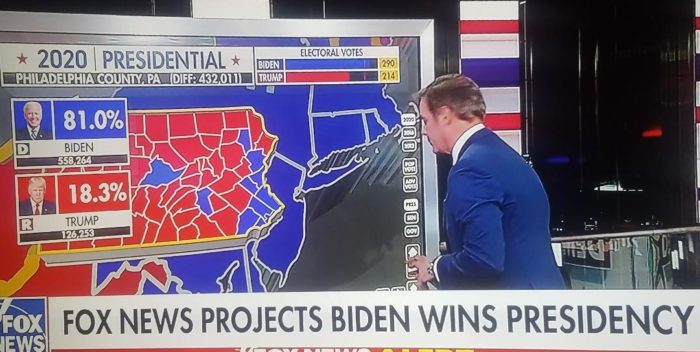 Murdoch’s media has shilled for Trump for four years, ignoring facts, lying to its readers and viewers. And now they have to eat it. It’s a great moment.

Will they do what they did when Obama was elected? Back in 2009, Fox News– I was there and saw this– did everything they could to attack Obama as he entered the White House. The question is will they do this again to Biden? No one will listen! Just as a measure of the media, CNN has won the ratings every night this week over Fox. Even their viewers finally figured it out!