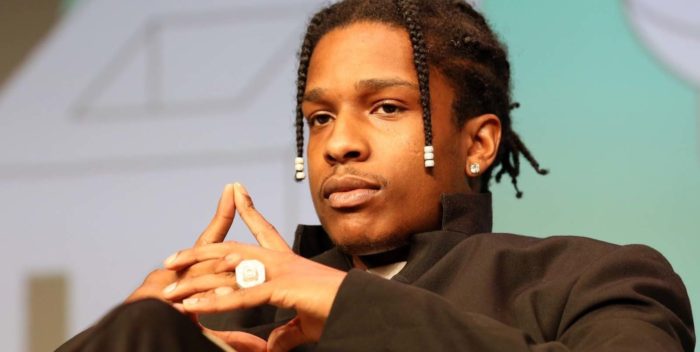 There are so many wonderful memories of the Trump administration. One of them includes rapper ASAP Rocky. He was arrested in Sweden in the summer of 2019 and jailed after a street fight and assault charge. There was a fear that Rocky would languish in the Swedish prison system. Rakim Mayers was quickly released, in part– Donald Trump said– because the president intervened with the Swedish government. Mayers was later found guilty in the Swedish court (in absentia) and ordered to pay a fine.

This was one of those week long news stories, but it was clear Trump thought he’d buy Mayers’ allegiance, thus ingratiating himself with the black community. It didn’t work out. Rocky returned to the US a free man, and that was the end of it. He certainly has remained silent all of this year as the presidential campaign ensued, even as stupid rappers fell for Trump’s tricks.

Last January 2020, Rocky did speak to the situation on the radio show The Breakfast Club. He said he thanked Trump on the phone and nothing else happened. He made it clear to Trump that he wasn’t coming to the White House or anything else.

Rocky said: “I spoke to [Trump] to thank ’em,” he said. “I was very thankful for what happened, for him supporting me. I don’t agree with all the political shit that he does at all, but like I said, I was just thankful for everybody who supported me in there. Just keeping it 100 with you. Regardless of all the political shit, man, I kept it cordial and very respectful because I was thankful. That was it.”

Rocky does add in the interview that he heard Melania, Trump’s complicit wife, found him “handsome.” The guys joke about Rocky maybe having a shot at her. Joking.