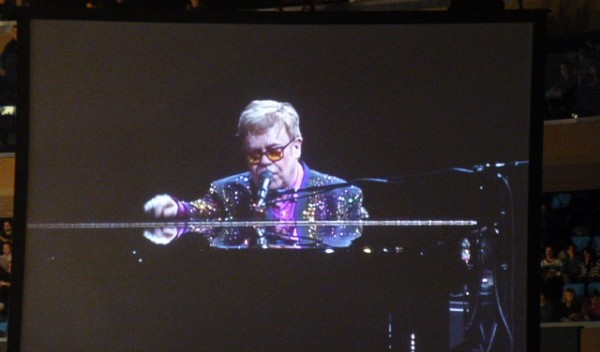 Way back in 1970, as people tell me, Elton John released a lot of music in the same year. Now it’s the 50th anniversary of all these things. Let’s explore.

In March 1970 came the “Elton John” album with “Your Song,” “Take Me to the Pilot,” and “Border Song.” Can you believe it? All on the same album. This was around the time of “McCartney” and about two dozen other now classics. (Just like today! Not!)

But the label didn’t release “Your Song” until October. So all those months passed and Elton was an FM hit big time (WNEW) but not on top 40. By the time Uni Records (part of the old MCA Records) figured out “Your Song,” Elton had a new album coming the same week. That was “Tumbleweed Connection,” a lot of people’s favorite album (like me), inspired– as we learned 100 years later– by Leon Russell.

So this week is the 50th anniversary of all this stuff, which will be commemorated by Elton’s “Jewel Box” collection on November 13th. Out this weekend is an unreleased version a “Tumbleweed” song, “Come Down in Time” and a remix of “Ballad of a Young Gun.” Each is better than anything out now by a contemporary musician. So think of that.

In 1971 and 1972 we had the song from a movie no one ever saw called “Friends,” which was a minor hit for Elton, then the live album 11-17-70, followed by the much loved “Madman Across the Water” and “Honky Chateau.” This was all in 1971. Elton John seemed then like he was just going to be this great FM act, with top 10 singles and a loyal cult following. And then, 1972, “Crocodile Rock” came, and the world knew the whole story.

As with those Fleetwood Mac records pre-1975, I think of these Elton John albums as “mine.” So this “jazz” version of “Come Down in Time” is a real treat. For some reason it’s not on “Jewel Box,” I don’t know why. But at least we can stream it and download it separately. (Maybe they’re holding it for a beefed up “Tumbleweed.”)

One old Elton album that I love (he says he hates) is the live album, “Here and There.” Check that out, too.