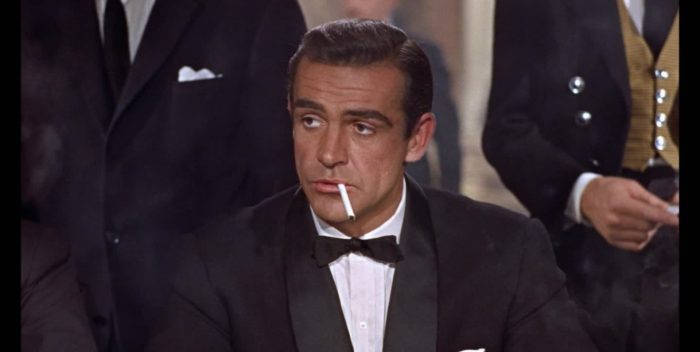 Sean Connery, the original and greatest James Bond of all, has died at age 90 in the Bahamas, where he and his wife have lived for decades. He was 90 years old.

Connery, the most famous Scottish movie actor, was known all over the world for playing Bond in six memorable films starting with “Dr. No” in 1962, and including “From Russia with Love,” “Thunderball,” “Goldfinger,” “You Only Live Twice,” and “Diamonds Are Forever.” That run ended in 1971, but Connery returned in 1983 in the ill fated “Never Say Never Again” after producer Albert “Cubby” Broccoli had replaced him as Bond in “On Her Majesty’s Secret Service,” and then “Octopussy.” Connery was so furious with Broccoli that he never spoke him again and refused to participate in the franchise’s 50th anniversary a few years ago.

Connery’s whole career was identified the Bond character but at least he won an Oscar, and not for that role. He won in 1983 for “The Untouchables.” The following year he won a whole new audience and more acclaim as Indiana Jones’ father in “Indiana Jones and the Last Crusade.” His career had a major revival through the 1990s right up through “Finding Forrester” in 2000. But he was so upset that he wasn’t nominated for an Oscar that he fired his publicist. He made one more movie, “The League of Extraordinary Gentlemen,” in 2003.

But what a life and what a career. Swashbuckling, the envy of all, Sean Connery was a Hollywood man’s man. He was so macho in his way that Darrell Hammond created a hilarious parody of him on “Saturday Night Live.”

The real Sean Connery, however, was married twice, first to Diane Cilento, with whom he had a son. He’s survived by his wife of 45 years, Micheline Roquebrune. He was knighted by Queen Elizabeth in 2000.