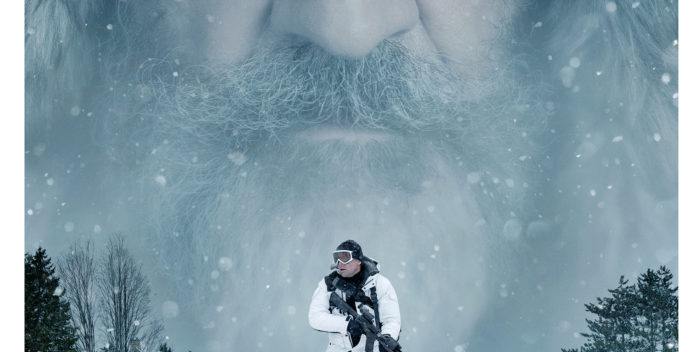 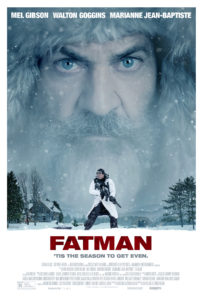 Well, this is the kind of Christmas movie poster we can all get into. Mel Gibson, dressed as angry Santa, looming over an assassin holding an automatic rifle.

Welcome to “Fatman,” Mel’s latest D movie. Description: “To save his declining business, Chris Cringle (Mel Gibson), also known as Santa Claus, is forced into a partnership with the U.S. military. Making matters worse, Chris gets locked into a deadly battle of wits against a highly skilled assassin (Walton Goggins), hired by a precocious 12-year-old after receiving a lump of coal in his stocking. ‘Tis the season for Fatman to get even, in the action-comedy that keeps on giving.”

Ho ho ho. Gibson is Hollywood’s pariah. And this movie, more than the others he’s tried in the 14 years since his fall from grace, really says, “I don’t give a f–k.”

The movie, according to a press release, is opening in Los Angeles, Cleveland, Denver, Berkley, Austin, Phoenix, And Houston on November 13th. That’s right. “Berkley.” I’m sure it will be embraced there accordingly.