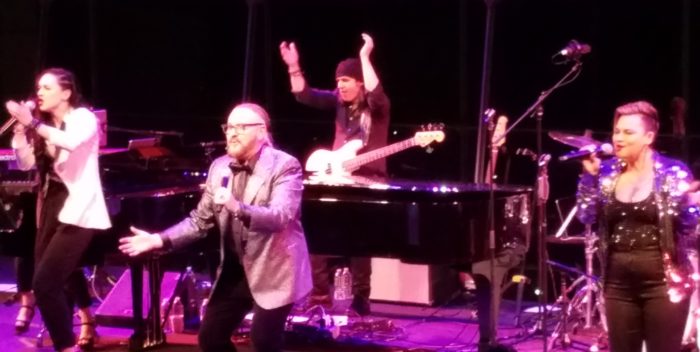 Since Fleetwood Mac’s 1977 “Dreams” is back, why not more from that era? Desmond Child is known to us now for writing hit after hit for Bon Jovi, Ricky Martin, Katy Perry and so on. But back in the day– 1978– he fronted the cult disco legends Desmond Child & Rouge. They had a massive club hit called “Our Love is Insane,” which was heard from Studio 54 to Xenon and all the really cool hot spots like Reno Sweeney, Trax, and CBGB.

So Desmond has remixed the original single and it sounds as fresh and new as anything on Z100. He’s also released the group’s two albums, remastered, and sparkling. In addition to the albums (on amazon, Spotify, iTunes) Desmond is publishing a memoir next year called “Livin’ on a Prayer: Big Songs, Big Life.” And trust me, he has the stories!