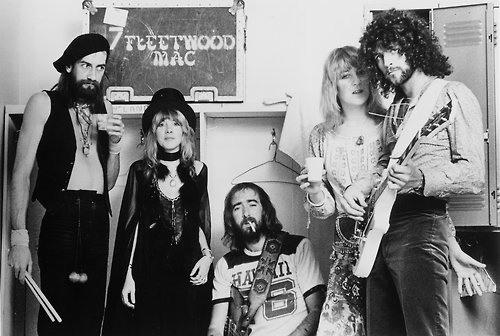 It;s a sign of something, maybe that today’s music is so bad. But Fleetwood Mac’s “Rumours,” which I wanted to fling across a backyard in 1977, is back in the top 10. It’s been 43 years.

The album’s success is propelled by the single “Dreams,” which has sold including streaming 1.3 million copies this year. Last week it sold 147,000 copies according to Buzz Angle. So far, on Friday and Saturday of this week it has sold another 34,600 copies. Are you kidding?

In 1977, I was listening to Elvis Costello, Talking Heads, the Ramones, the Sex Pistols, and so on. After 1975’s “Fleetwood Mac” album I was satisfied that easy listening FM rock was over. That album was great, and that was enough. But no, “Rumours” came along and became like the Pet Rock of rock music. Everyone had it. I did like “Go Your Own Way.” But I did stop thinking about tomorrow every time these songs came on the air. The real Fleetwood Mac was dead.

But here it is, it’s all back because of a viral video on TikTok of a guy skateboarding with Cran Raspberry juice. The guy couldn’t have chosen Elvis’s “Sneaky People”? Or the Heads’ “Psycho Killer,” or the Pistols’ “Pretty Vacant”? Also from ’77, Television, Steely Dan’s classic “Aja,” Bob Marley’s “Exodus,” Billy Joel’s “The Stranger,” Ian Dury’s “New Boots and Panties.” It had to be “Rumours”??????? Oy vey. Stevie Wonder’s “Songs in the Key of Life” was number 1 for NINE weeks in 1977. But no. “Rumours.”

Well, there you are. Spam– the edible substance–never goes away.

PS As it happened, “Tusk” came next and was eons better. It didn’t sell 2 copies.