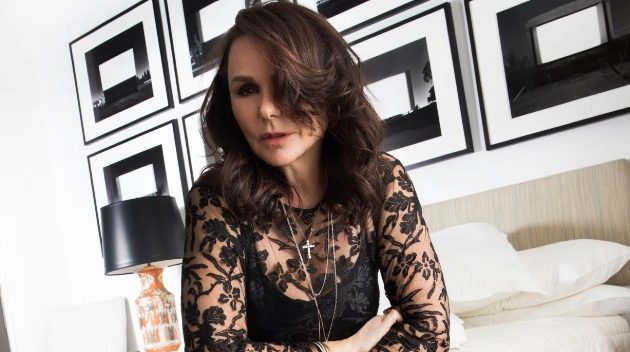 UPDATE OCTOBER 16TH: “It’s About Time” sold a total of 997 copies in its first week according to Buzz Angle. Shameful on the part of BMG.

OCTOBER 11TH: Patty Smyth, the great rocker from the group Scandal, has released her first album in 28 years. It’s called “It’s About Time” and it’s a winner.

But for some reason Smyth’s album is on BMG Records, a kind of vanity junkhouse for legacy artists. I don’t know why artists sign with them. This past summer, BMG killed the latest Pretenders album, “Hate 4 Sale.” They do no marketing or publicity. Nothing for radio.

The result is disaster. “It’s About Time” — a labor of love — is now number 39 on iTunes. According to Buzz Angle, the album sold 412 copies on Friday. No one knows it’s out. I read about it from a post on Facebook.

On amazon, BMG even has the listing wrong. It says the album was available on July 24th. It was actually released yesterday. Even worse: it has no ranking on amazon, the one place where it could be selling. Amazon skews to older listeners who want CDs and don’t do much streaming. Patty should be at the top of their chart. So should the Pretenders, currently ranked at number 697.

Patty Smyth lead her group, Scandal, to the top of the charts in the 1980s with “The Warrior.” It’s still played all the time on WCBS FM and I’ll bet lots of other places. In the 1990s she married tennis great John McEnroe, had kids, raised a big family, and her career was backburnered. Over the years she’s appeared at New York charity functions, playing a blistering guitar and singing her heart out. But “It’s About Time” is a big comeback. Listen to it here on Spotify, or go get it on amazon. I’m ordering it right now, I want the CD in my car, cranked up and rocking.

And don’t forget “The Warrior”