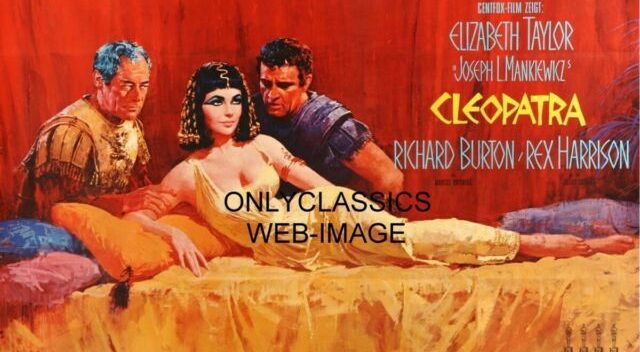 You’re too young to remember “Cleopatra,” the 1963 movie that cost so much and lost so much that it literally almost destroyed 20th Century Fox. Of course, last year Fox was sold to Disney and doesn’t exist anymore. But “Cleopatra,” you could say, is where it all began.

The film starred the hottest movie stars of the day, Richard Burton and Elizabeth Taylor, who became a couple and the top tabloid subjects of all time when they left their spouses for each other. Meantime, Fox — which almost went bankrupt– sold most of their property, thus creating Century City in West Los Angeles. That’s how bad things were. (I miss the old Century City mall.)

So why not make it again? Paramount, ironically run by Jim Giannopolous, a former head of 20th (more recently, not in 1963) has won an auction to take a new crack at Cleo with the “Wonder Woman” team. Patty Jenkins will direct her Wonder Woman, Gal Gadot, as Queen of the Nile. Who will play Mark Antony? Chris Pine? I don’t think so, but you never know these days.

In the original, Julius Caesar was inhabited by Rex Harrison, who was then only 55. Is it time for Daniel Day Lewis to come out of retirement? Stephen Dillane sound good? Can Mark Rylance play every part in the movie? Time will tell.

It should be meaningful that the auction went to Paramount, and not to Warner Bros. where Jenkins and Gadot have had their successes. Also, Disney, which owns Fox, won’t be revisiting their good old days.

Now this is something to look forward to!