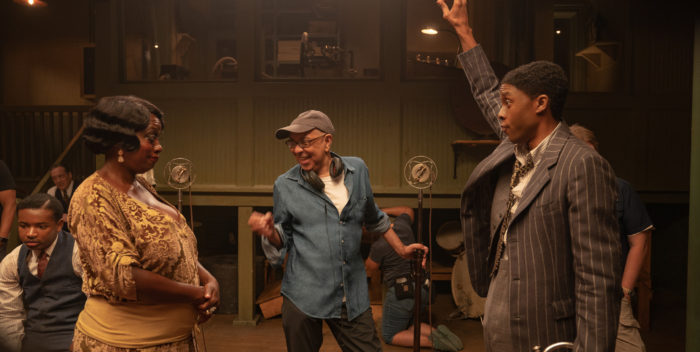 There have only been two posthumous Oscars for acting in the history of the Academy Awards. The last one was Heath Ledger, for “The Dark Knight,” in 2008. Before that it was only Peter Finch in “Network,” 1977.

But now there may be a third. It does seem like Chadwick Boseman has a strong chance of a nomination if not a win for “Ma Rainey’s Black Bottom,” directed by Denzel Washington and co-starring a major ensemble that starts with Viola Davis.

Boseman died last month after a secret four year battle with colon cancer. The outpouring of love for him was amazing, enough to propel Boseman to a rare Oscar after he’s left us. I wouldn’t be surprised.

A big feature in the New York Times broke this afternoon, well in advance of the movie’s premiere on Netflix on December 18th. That’s just the first move by Netflix PR on the way to a major campaign for Bosewick, Davis, Washington, and the film. In Best Actor, Boseman will have a clear shot at the big prize. For Davis, if she goes in lead, she’s got Frances McDormand and probably Jennifer Hudson to deal with.

One irony: the last posthumous Oscar nomination went to the late August Wilson, the Pulitzer Prize winning playwright, for “Fences,” also directed by Washington and starring Davis, in 2016.