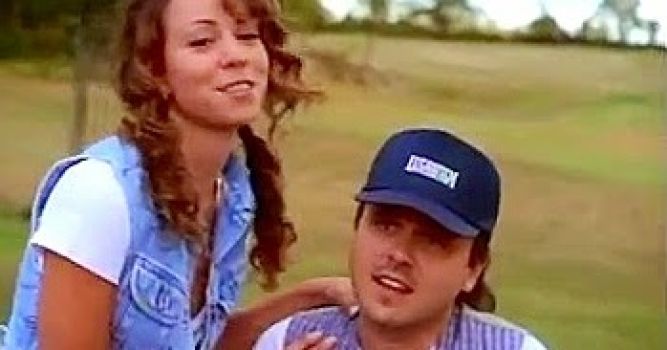 Mariah Carey’s memoir is out, “The Meaning of Mariah Carey” is a great work of fiction. Among the tales she weaves is her career as a songwriter. She still holds onto the claim that she wrote her hits including her biggest one, “All I Want for Christmas.” The actual writer, Walter Afanasieff, who has the credit and 50% of the royalty, is not mentioned.

“It was from my little girl’s spirit and those early fantasies of family, and friendship, that I wrote “All I Want for Christmas Is You.” Think of how it begins: ding, ding, ding, ding, ding, ding, ding, ding … the delicate chimes are reminiscent of those little wooden toy pianos, like the one Schroeder had on Peanuts. I actually did bang out most of the song on a cheap little Casio keyboard. But it’s the feeling I wanted the song to capture. There’s a sweetness, a clarity, and a purity to it. It didn’t stem from Christian inspiration, although I’ve certainly sung and written from that soulful and spiritual perspective. Instead, this song came from a childlike space; when I wrote it, at twenty-two years old, I wasn’t that far away from being a child.”

Afanasieff old Variety last year that he fell out with Mariah twenty years ago. Afansieff said: “I made the entire track of what you hear, excluding the vocals, of course, and did that on my own. She was never in the room. I produced and recorded and arranged and played every single instrumental on the track, on my own, knowing that I think she would like this or wouldn’t like that. I then brought the truck back to her in New York, and she obviously liked everything, and we started to record vocals.”

Afanasieff’s name is said three or four times in passing in “The Making of Mariah Carey.” He isn’t acknowledged once as Mariah’s co-writer. Yet he has dozens of credits for song written with Carey in the ASCAP catalog including “Christmas,” “Hero,” and “One Sweet Day.”

About Hero, he told Songwriter magazine in 2002: “When I recorded the track, I tried to simulate an orchestral sound with my synthesizers. There’s a huge, timpani roll, a swell of strings, and french horns, which were all done on keyboards. In the back of my mind, I thought we might have an orchestra re-create the string parts. However, when Mariah completed her vocals, she said the recording sounded fine just the way it was, and that we didn’t need to bring in an orchestra.”

Afanasieff’s name isn’t the only one either breezily referred to or completely missing from Carey’s book. But to give him no credit for the work he did– how does she think the songs were written into music for other musicians to play? — says a lot about the author’s perspective on her career.

PS The irony of all this is that in the back there are songwriting credits. And all the songs Mariah says she “wrote” are loaded with collaborator credits. I guess  she didn’t read that chapter.