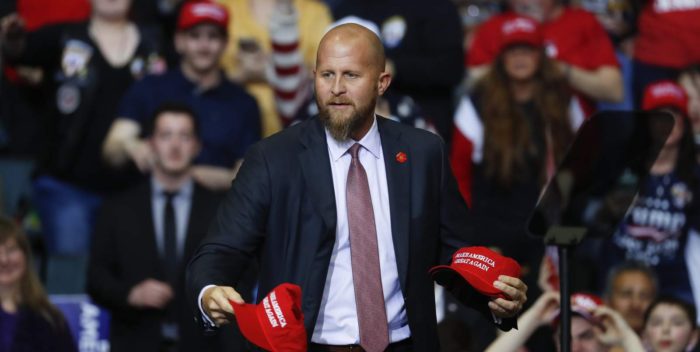 The wheels on the bus are coming off.

Brad Parscale, a Trump henchman and former campaign manager, had to be taken into custody in Ft. Lauderdale after threatening to take his own life.

Police said Parscale, who doesn’t believe in gun control, of course, had weapons at home. His wife called 911. The police sent a SWAT team.

Is it a coincidence? What does Parscale know? He’s been working for the Trump family since 2012, very involved in their business via his digital acumen.

So stay tuned. And don’t cry for him. Whatever drove Parscale over the edge tonight came from years of doing very bad things for Trump.