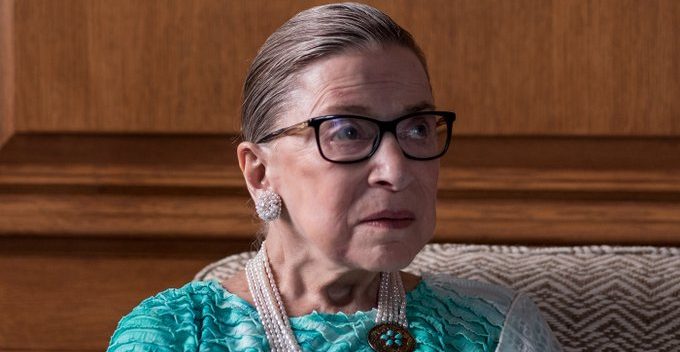 Everyone will be sobbing tonight.

Beloved Supreme Court Justice Ruth Bader Ginsburg has died at age 87 from pancreatic cancer. She’d been battling it for years, still managing to participate in court decisions and proceedings.

What stinks is that just last week Donald Trump had a special press conference to read off a list of idiots he would propose for the court. He’d no doubt heard that RBG, as she was affectionately called, was terminally ill.

Now it’s up to Democratic leaders to prevent Trump from appointing a replacement until after the election, the same way Barack Obama was stopped from installing Merrick Garland four years ago. If Trump is allowed to put one of those morons on the court, this country is doomed.

Ginsburg’s memory must be honored, and the country has to be saved from this lunacy.

Here is RBG’s obit from National Public Radio. And from CNN. As usual, the New York Times has not yet posted anything. (Here’s the obit, late.)

In entertainment terms, no other Supreme Court Justice has had such an powerful, positive impact on the culture. Last year she was the subject of a documentary and a feature film. She was lovingly played on “Saturday Night Live” by Kate McKinnon. Nothing seemed to stop Ginsburg– who was ailing– from living her life to the fullest.

It’s hard to believe Justice Ginsburg couldn’t make it to the end of the year, or at least to the election. But she really gave us everything. We can’t thank her enough for getting us this far. Now we must devote ourselves to finishing the job and voting Trump and his cronies out. That will be our thank you to her.

DOES NO ONE REMEMBER THIS– FROM SEPTEMBER 9TH? TRUMP KNEW SHE WAS ILL