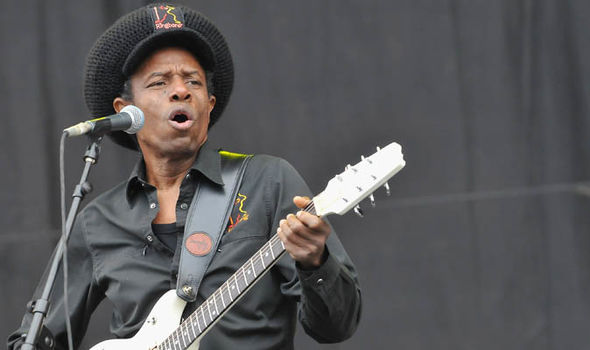 Donald Trump is not going to “rock onto Electric Avenue” if Eddy Grant has anything to say about it.

Grant sued Trump today for copyright infringement of his song and record after Trump used them in a campaign video without permission. And being Donald Trump he thumbed his nose at Grant by Tweeting about the singer’s objections the next day.

For intellectual property lawyer Brian Caplan, who’s a heavy hitter in this game, that was evidently too much. He writes in the complaint: “Despite Plaintiffs having sent Defendants a letter the very next day objecting to Defendants’ infringement and demanding the removal of the infringing video and that Defendants refrain from further infringing Plaintiffs’ copyrights, and despite numerous comments on Mr. Trump’s August 12, 2020 tweet linking to articles reporting on the infringement, Defendants have continued to willfully and wrongfully infringe Plaintiffs’ copyrights. As of the date of this filing, the infringing video is still available on Twitter.”

This is different than previous suits against Trump for using songs by rock stars at his rallies. This time, he went too far. The complaint alleges that the Trump campaign didn’t license any rights to the song for their video.

(Doesn’t Donald Trump realize that any recording artist whose work he wants hates him? I guess not.) 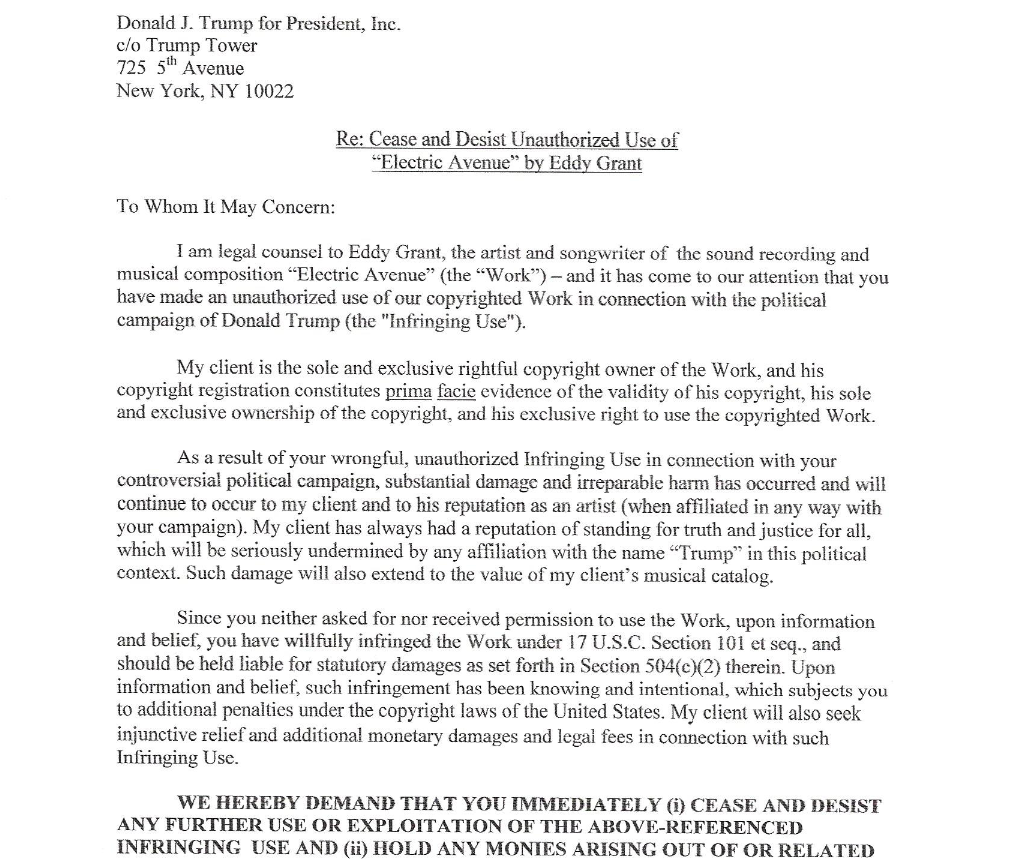