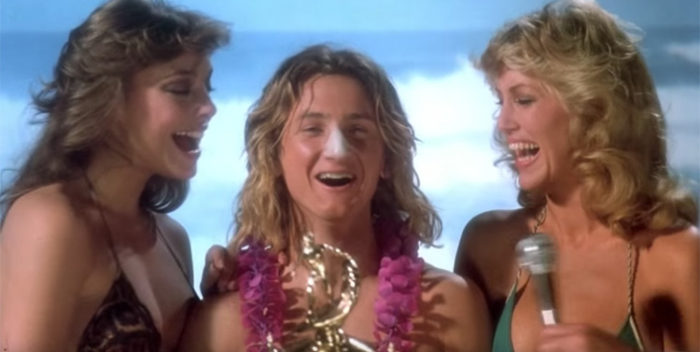 Yesterday at this hour we got a press release saying John Legend and Ray Liotta had joined the all star virutal reading of “Fast Times at Ridgemont High” set for tonight.

Now, it’s cancelled, or postponed. There was a big build up, a lot of hype, and pfft.

Money was going to be raised for Sean Penn’s CORE Foundation, which used to be the J/P Haiti charity and has now pivoted to do work on COVID.

No one knew who was playing which part, but I thought Penn — originally Jeff Spicoli — would play the Ray Walston part. McConaughey would have made a great Spicoli.

CORE is described as “the humanitarian organization co-founded by Sean Penn and CEO Ann Lee, currently on the frontlines of the fight against COVID-19 providing testing and relief services in the United States; and the REFORM Alliance, which is focused on passing laws to reform the criminal justice system and protecting the incarcerated population from the spread of COVID-19.”

In a statement, Dane Cook said: “We want to deliver the absolute best night of entertainment possible and raise money for two incredible organizations. The technical issues were insurmountable. Class will be back in session soon!!”

Listen, these people should either call Erich Bergen, who’s done great shows on Zoom, or Richard and Demi Weitz. They do these massive Quarantunes fundraisers every week with blood, sweat, and tears that we don’t see. They have the biggest stars and have raised nearly $8 million for charities.