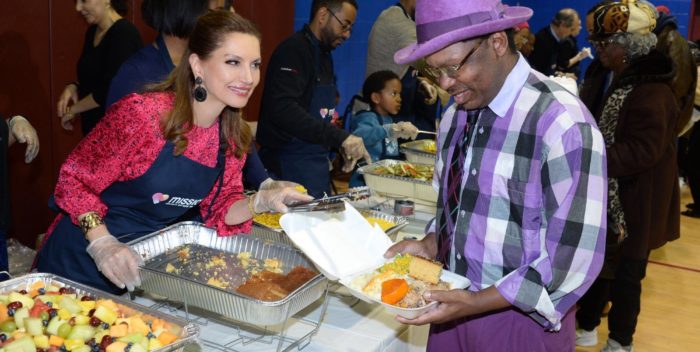 On a May night in New York, Jean Shafiroff would be spotted at several different fundraisers, shining like glamorous royalty in one gorgeous gown or the other. A devoted philanthropist who supports countless causes, Jean subscribes to the adage (from “Hello, Dolly!”) Dolly Levi says her late husband, Ephraim instilled in her: “Money is like manure. It must be spread around to make things grow.”

But on this May night, Jean — who is an enthusiastic interviewee on these subject on TV and radio — is at home on Eastern Long Island. She’s got six people and five animals in her house, and she’s busy promoting food pantries for humans as well as animals. She beats the drum for philanthropy and she always puts her money where her mouth is. On the phone, she rattles off a list of places where her money is doing good.

“New York Mission Society, New York Women’s Foundation, God’s Love We Deliver, Southampton Hospital,” she tells me. She hahs sent orders of hero sandwiches to the heroes in the lab department at the hospital.

When Jean and Martin Shafiroff relocated to the Hamptons during the lockdown, they immediately pitched in. The Shafiroffs donated 10,000 meals to Heart of the Hamptons food pantry, and their involvement is ongoing. “The need is so great,” Jean says and she’s not telling me any of this to promote herself. She’s promoting philanthropy. (She even wrote a book about it.)

Shafiroff is not only helping those with two legs, but some four legged friends as well. She’s a devoted animal activist, and says that one result of people losing jobs is that they don’t have money to feed their pets. She’s just been named a national spokesperson for the American Humane Association, she’s raising a million dollars for their Feed the Hungry programs as well.

And none of these are passing interests for Jean Shafiroff. “This isn’t going to end anytime soon,” she reminds me. “We have to keep giving.”