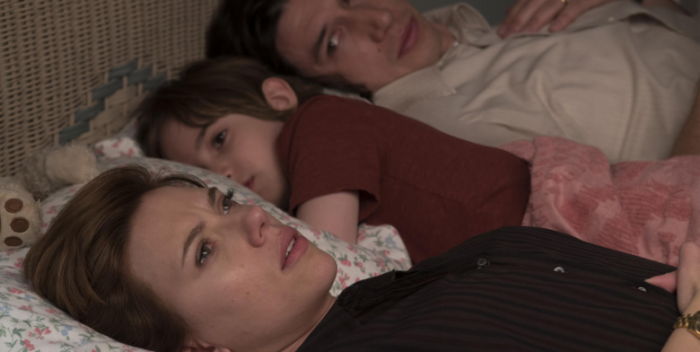 Now that the Oscars are over, and Harvey Weinstein is cooling his heels, as it were, at Bellevue Hospital, here’s some news of interest.

Harvey thought “Marriage Story” would win Best Picture. He’d seen most of the Oscar nominated films before his trial began, and deemed “Marriage Story” a likely winner because, he told a friend, “it was short and easy to get.”

This was a conversation going on all through December. After all, who’s won more Oscars than Harvey? Best Picture winners included “The English Patient,” “Shakespeare in Love,” “Chicago,” “The King’s Speech,” and “The Artist.” All great films. Plus dozens of nominees, hundreds maybe, and acting winners as well.

Weinstein said that he’d loved “The Irishman” but it was too long and he knew that by watching it at home, the movie had lost steam. Plus, director Martin Scorsese had his Oscar, for “The Departed.” Harvey had tried to get it for him twice, with “Gangs of New York” and “The Aviator.” It just wasn’t meant to be.

Harvey knew Renee Zellweger was a shoo-in. He’d gotten her her first Oscar for “Cold Mountain.” I didn’t get info about Brad Pitt, whose Oscar was won for Quentin Tarantino’s “Once Upon a Time in Hollywood.” Weinstein, I was told, loved the film. But maybe it was a sore point, too. Every one of Tarantino’s prior movies had been made with Harvey.

As for “Marriage Story”: it was one of those movies, like the indie hit, “In the Bedroom,” that Harvey could relate to. In the old days, he would have turned Noah Baumbach’s sterling dramedy into a Best Picture, and probably scored a win for Adam Driver as Best Actor. That’s what he excelled at. Everyone hates Weinstein now. But when he was in the driver seat, the Oscars had buzz. There was passion in the air about the movies. This year, it was like hanging laundry out to dry. Whatever died first, won.

Just a note: Weinstein was sentenced over this past weekend. In most previous years, this would have been Oscar weekend. No one realized that. It was if the Oscars had to get out of the way this year.