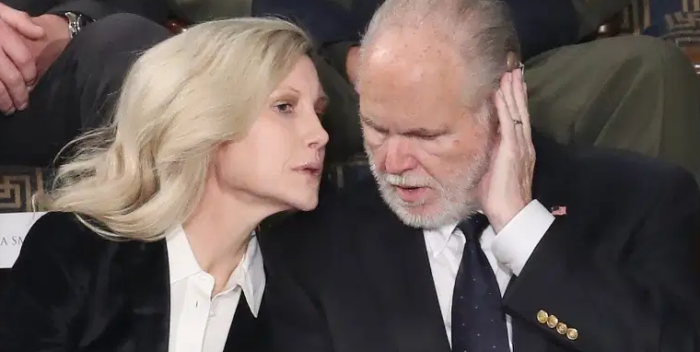 EXCLUSIVE Rush Limbaugh only announced yesterday that he had Stage 4 advanced lung cancer. He made it seem like this was a new thing, discovered only back in January.

But the right wing radio host may have known two years ago that he had cancer. The only surprising part may have been the Stage 4 news.

In July 2018, Limbaugh and his current and fourth wife donated $500,000 to the Dana Farber Cancer Clinic in Boston. It came at the same time that he and the wife started a brand new 501 c3 called the Rush and Kathryn Limbaugh Family Foundation. They put $5 million into the Foundation and sent a tenth of it to Dana Farber. They had never had a foundation before, nor given money to Dana Farber. They made no other donations from the $5 million.

The couple’s 501 c3 Form 990 was received by the IRS on May 20, 2019, ten months after the donation. The foundation lists Kathryn Adams Limbaugh as President, Rush Hudson Limbaugh as treasurer, and Penelope Adams Rogers as secretary.

On Monday, Limbaugh concluded his show saying “I have been diagnosed with advanced lung cancer. Diagnosis confirmed by two medical institutions back on Jan. 20.”

The 69-year-old continued: “I thought about trying to do this without anybody knowing because I don’t like making things about me,” he said. “But there are going to be days that I’m not going to be able to be here because I’m undergoing treatment or I’m reacting to treatment.”

What’s really been going on? We may be hearing about it on his show soon enough.