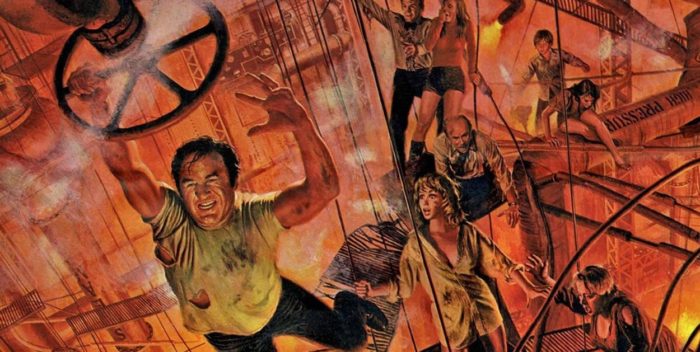 I didn’t think I’d have another Friars Club story so soon, but the end– for now — has come.

The Friars Club has suspended all operations because of a flood that has literally turned the East 55th St. clubhouse into the Titanic. The news came in an email from club president Michael Gyure, who himself has so far escaped jail time for tax fraud.

“The dining room is a wreck,” says a source. “The kitchen is under water.”

From what I can tell, the flood was caused by a pipe on the roof of the building bursting. Water cascaded downward until the once grand establishment looked like a scene from “The Poseidon Adventure.”

But members and employees are suspicious. Lately they say there have been “maybe three or four people” eating in the dining room at any one time.

The Friars have been up to their ears in legal bills and legal action recently, including a union lawsuit that could have shut them down anyway.  They also settled a sexual harassment lawsuit brought by their former long time receptionist against the club and celebrity wrangler Bruce Charet. (He used to call her up and say lascivious — er sexually inappropriate — things to her.)  Insurance took care of that. It’s unclear if it will pay for the flood damage.