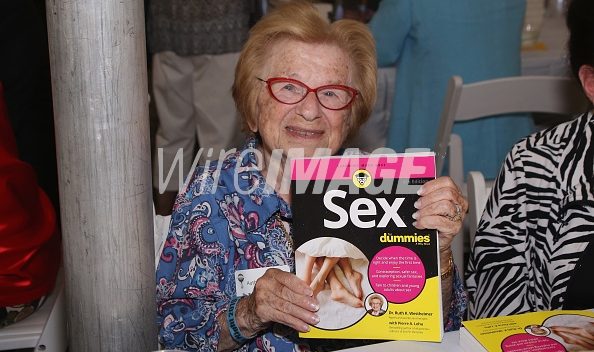 Patti Kenner– New York’s hostess with the mostest–is the person to know on East Hampton Author’s Night. A Manhattan mainstay philanthropist who is hands on– literally, she serves her own seated dinner parties and buses them– Kenner is the engine behind bringing a phalanx of authors to a tented book fair on the EH/Amagansett border that included meet and greets and autographs.

The tents were full, as authors from far and wide sat with huge piles of books on their tables, and book lovers roamed noshing from sandwich trays and the raw bar, taking photos with Alec Baldwin, Roseanne Cash, Candace Bushnell, Douglas Brinkley, and Amy Zerner and Monte Farber who gamely threw in a tarot reading as they were signing their many books on astrology. David Browne signed copies and shared gossip about his excellent new music bio of “Crosby, Stills, Nash, & Young.”

Needless to say, Vicky Ward, the journalist/author who had written a highly edited 2003 Vanity Fair story about Jeffrey Epstein’s sexual proclivities, did not show up for Authors Night. Epstein, taken off of suicide watch, had been found dead in his jail cell that morning and Ward was for sure doing press elsewhere. Her provocative book, “Kushner, Inc.: Greed, Ambition, Corruption. The Extraordinary Story of Jared Kushner and Ivanka Trump,” would have to wait.

The event began to slow by 7:30 with cars queuing up to leave the large field, many going off to dinners with their favorite authors. Bushnell and Brinkley split early, as soon as their large piles dwindled to nothing, off for their respective dinners.

We were lucky enough to end up at Patti Kenner’s East Hampton home, where we celebrated the work of not one, as our host pointed out, but four authors starting with 91 year old wunderkind Dr. Ruth Westheimer who could now be called a movie star, said Kenner, as well as an author of numerous books on sex therapy.  She, the subject of a moving documentary called “Ask Dr. Ruth,” now on Hulu, was present with her “Sex for Dummies, in its 4th printing.” We asked if it was also “Sex with Dummies,” and Dr. Ruth said she’d head that before.

Next up was Time and Vanity Fair contributor Richard Zoglin with his new book, “Elvis in Vegas: How the King Reinvented the Las Vegas Show,” published just in time for the 50th anniversary of his historic comeback, July 31, 1969.”Everybody’s talking about the 50th anniversary of Woodstock,” Zoglin said, “but something else really important happened that summer, too.”

Kenner, she reminded us, had not one but four authors at her dinner, a real treat. Former New York Congresswoman Elizabeth Holtzman, who came to fame on the Watergate House Judiciary Committee in 1973, brought her new book,”The Case for Impeaching Trump.” Now a very youthful looking 78, Holtzman made  a compelling case for Trump’s removal with an inspirational and persuasive argument that everyone should read.

Writer Jeffrey Sussman had the intimate crowd in thrall for his Boxing With the Mob: The Notorious History of the Sweet Science.” Sussman is an expert on the mob and sports. When we asked if Don King was part of this new book, he told us that King’s lawyers threatened to sue if his name were mentioned, and that his publisher advised him to leave it alone…for now. Note to all: Don King is 87, and he’s not going to live for ever. What a book that will be one day!

And Patti Kenner? The intrepid owner of the 90 year old Campus Coach bus company already had her house cleaned up and ready for the next fundraiser as we were swept out the door by 10:30pm. There’s no rest for the weary do-gooder.