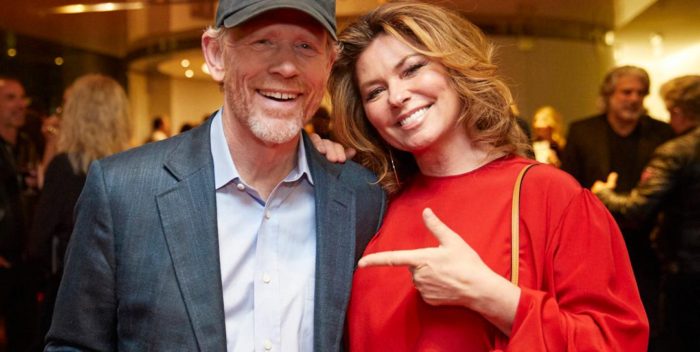 There is a reason Ron Howard is as respected as he is as a filmmaker.  His latest, “Pavarotti,” is a cinematic gem about the larger than life, singular operatic genius Italian tenor international superstar Luciano Pavarotti.

Howard told the audience that “my introduction to the documentary world was not so long ago through Brian, who delved into docs.  I never got terribly involved. I had lunch with [the late] Jonathan Demme and I expressed to him that I wanted to do docs and that I was just a little terrified.  His answer to me was, “dude, just do it. You’re going to love it, and you’re going to learn something and tell stories.  Jonathan was right.” Ron previously directed docs on Jay Z and The Beatles.

Howard went on to thank everyone involved including Grainge, and pointed out that Lucian was named after Pavarotti, to which Lucian agreed from the audience.  Ron talked about the previously unseen footage, (Pavarotti’s performances worldwide are enchanting) and how he couldn’t have done it “without the blessing of the Pavarotti family. “ Howard then quipped, “This is the first time I’m seeing it without a pad and notes, so no more changes.  You all better like it, damn it!”

Howard has nothing to worry about.  You don’t have to be an opera lover to enjoy this film.  It’s a true work of art for all people, like Pavarotti himself.  Bravo, Ron Howard! You have an operatic sized grand slam with this one, a certain awards favorite and a deserved Oscar contender.

“Pavarotti” a CBS Films, Polygram Entertainment, Brian Grazer presentation, along with Imagine Entertainment and White Horse Pictures production, will be in limited release on June 7th.