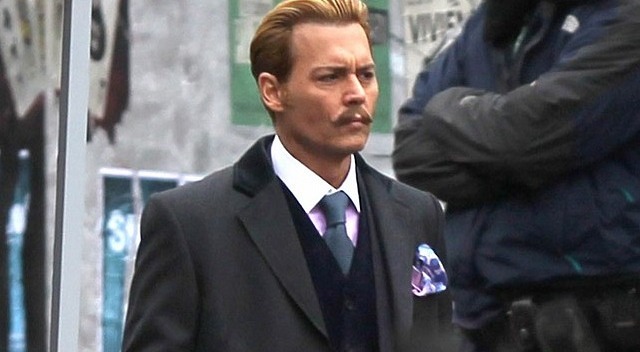 This weekend, Johnny Depp opened in “The Professor,” directed by Wayne Roberts. Did you see it?

The answer, for most, is No.

“The Professor” went straight to video and Direct TV. It’s not playing in movie theaters. For Depp, this is a pretty big comedown, but not unusual of late. The star of all those “Pirates of the Caribbean” movies is now on a downward slide that shows no immediate sign of recovering.

Another recent film, “City of Lies,” was pulled from distribution last year, and remains unreleased. It may never see the light of day.

“London Fields” was finally released last year, and sank like a stone.

Depp also starred in “Fantastic Beasts: Crimes of Grindewald,” the first Harry Potter-related film to be a relative disaster. Although “Grindewald” ground out $159 million in the US, it cost well over $200 million. Luckily, international audiences pushed its worldwide total to $654 million.

Depp is still in the middle of a scandalous divorce case with ex wife Amber Heard, lobbing accusations back and forth in court and in supermarket tabloids. He’s also been revealed to be in financially dire straits, which will push him into Nicolas Cage territory. He’s got two more films in the can, as they say, and then his future remains a mystery. A really good Peak TV series would seem like a solution, since his box office draw had dried up for the moment.