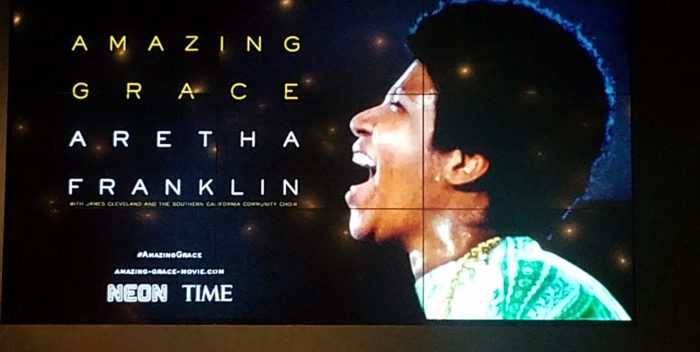 She didn’t want it released. She had her reasons.

“Amazing Grace” was bought from Pollack and freshened up by Allan Elliot, son of a former Atlantic Records executive. Then he fought and persisted to get it released. Part of that project was synching up the vocals and the video. He and his team did it, but Aretha kept saying no. Once she passed last August, her estate said yes.

The result is a document that anyone who loves R&B or gospel and especially Aretha, must see. And they’re turning out. If only Elliot had waited to let the film be eligible for this year’s Oscars. But he put it in for 2019, too late, and the film was overlooked. So it won’t win an Academy Award. But it will be a permanent testament to the power, magic, and brilliance of Aretha. Say amen, everyone.