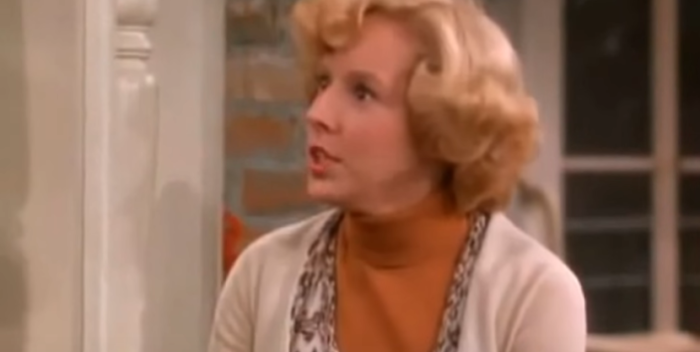 Georgia Engel has died at age 70. She is famous and beloved for playing Georgette, Ted Baxter’s much put upon girlfriend and then wife on “The Mary Tyler Moore Show.” She was also featured on “Everyone Loves Raymond.” She was nominated twice for  Emmy Awards on “MTM” and three times for “Raymond.” She also had a recurring role on “Coach.”

It’s funny to think that Engel was only 70. Ted Knight, who played Ted Baxter, was twenty five years her senior. Everyone on the show was much older, but Georgette– thrown into that pool of Emmy winners just as Valerie Harper was leaving to start “Rhoda,” held her own with everyone from Ted to Lou Grant, Phyllis and Murray. She seemed naive on the outside and blissfully unaware of what was going on around her, but Engel imbued Georgette with strong underpinnings. Her highlight was Georgette performing “Steam Heat” at the Teddy Awards (the local Emmys.)

Georgia Engel was such a delight. Condolences to her family. But she lives on in clips.