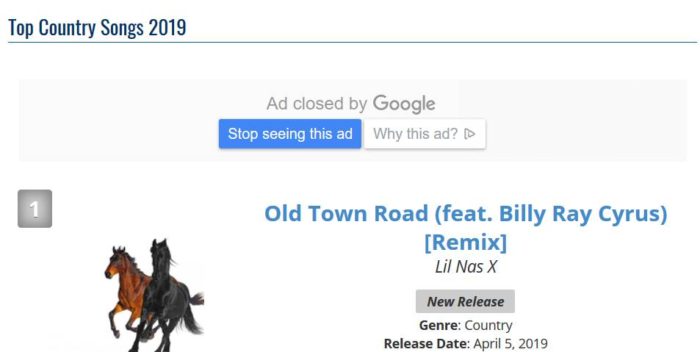 Now “Old Town Road” is number one not only on the iTunes pop chart, but it’s number 1 on the country chart.

A rapper now stands atop the Country chart.

Billboard, in what seems like move to keep a black artist off the country chart, made a terrible mistake. Now, as “Old Town Road” is selling, selling, selling, the “Bible” of pop music will have to backtrack fast.

“Old Town Road” is also at the top of all Spotify’s streaming charts!

Now Lil Nas X will have to make a whole album of country sounding songs. And you know what that means!