Former One Direction star Zayn Malik is in a bad place, a sunken place. His second solo album, “Icarus Falls,” has sold only 7,500 CDS and downloads since its release last December. (Including streaming of all songs, Buzz Feed calculates 75,000 in total sales, which is not good either.)

Zayn is a worry. He suffers from anxiety and depression, according to reports and interviews. He has not toured in three years, and even his appearances were spotty. Launched out of One Direction with big expectations, it’s unclear what’s supposed to happen next. It’s also unclear if he has a proper manager.

Since April 3rd, two days ago, Zayn– who sounds lonely and yes, depressed, had a Twitter meltdown in which he told his followers to f— themselves. This is not how to win friends and influence people. Zayn needs a mentor fast. And a little help from his friends. 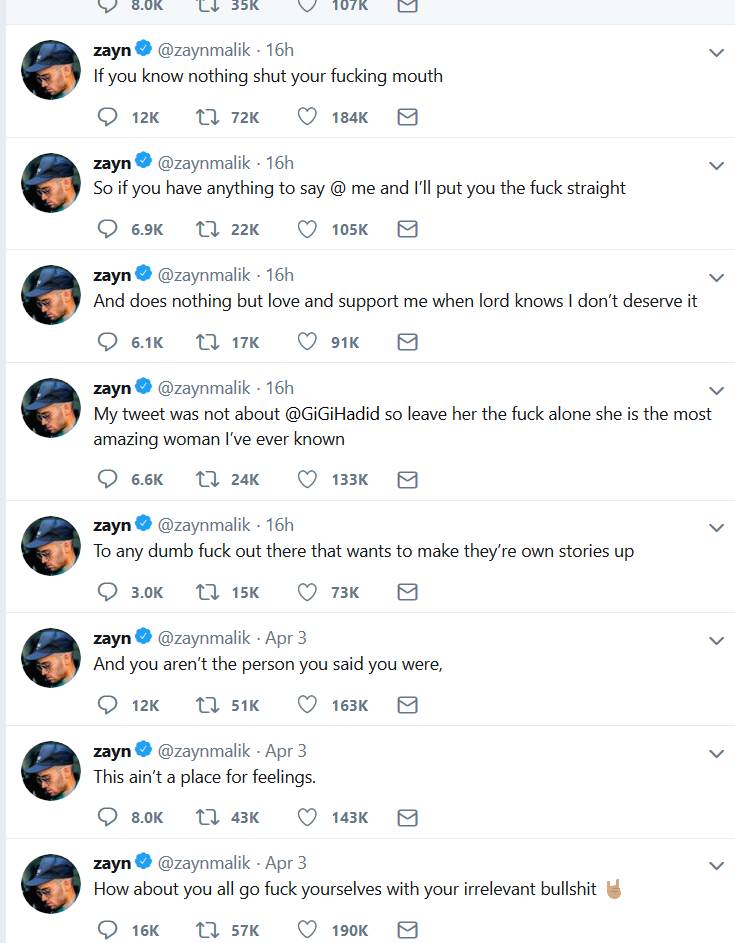