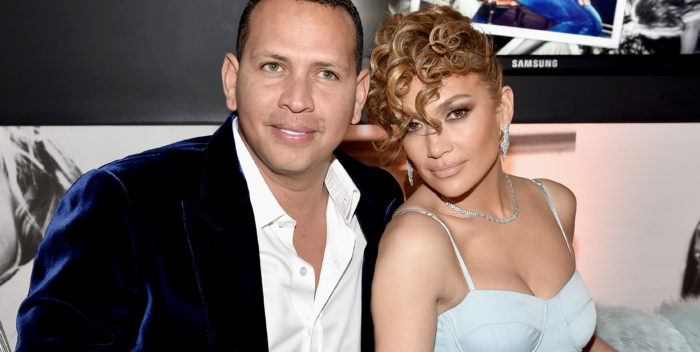 Jennifer Lopez has been engaged to Alex Rodriguez for two days.

Now former baseball star and ex-doper Jose Canseco (briefly on the Yankees) says A-Rod has been cheating on JLO with his ex wife Jessica.

He posted to Twitter, briefly and succinctly: “Alex Rodriguez stop being a piece of shit stop cheating on Jennifer Lopez.” He continued: “I was there a few months back with her when he called her on her phone. Watching World of Dance watching J.Lo text Alex Rodriguez little does she know that he is cheating on her with my ex-wife Jessica poor girl she has no idea who he really is.”

After he got everyone’s attention, Canseco added: “I am willing to take a polygraph to prove that what I’m saying about Alex Rodriguez is 100% accurate.” He also posted his phone number if readers had questions, but it doesn’t accept calls.

Canseco added: “Alex Rodriguez I challenge you to a boxing match or an MMA match anytime you want.”

Canseco was a real star with the Oakland A’s from 1985 to 1992. But he spent the rest of his 20 year major league baseball career floating around with different teams, getting into legal trouble, and so on. He confessed to using performance-enhancing drugs in a book. That much he has in common with A-Rod besides a short stint on the Yankees.

So here we go with Monday’s headline making story. Will Canseco persist in this effort to cause trouble for A-LO or J-ROD? Will they respond? Aren’t we going to get our Plaza Hotel wedding, hosted by Oprah, sponsored by Cracker Barrel? 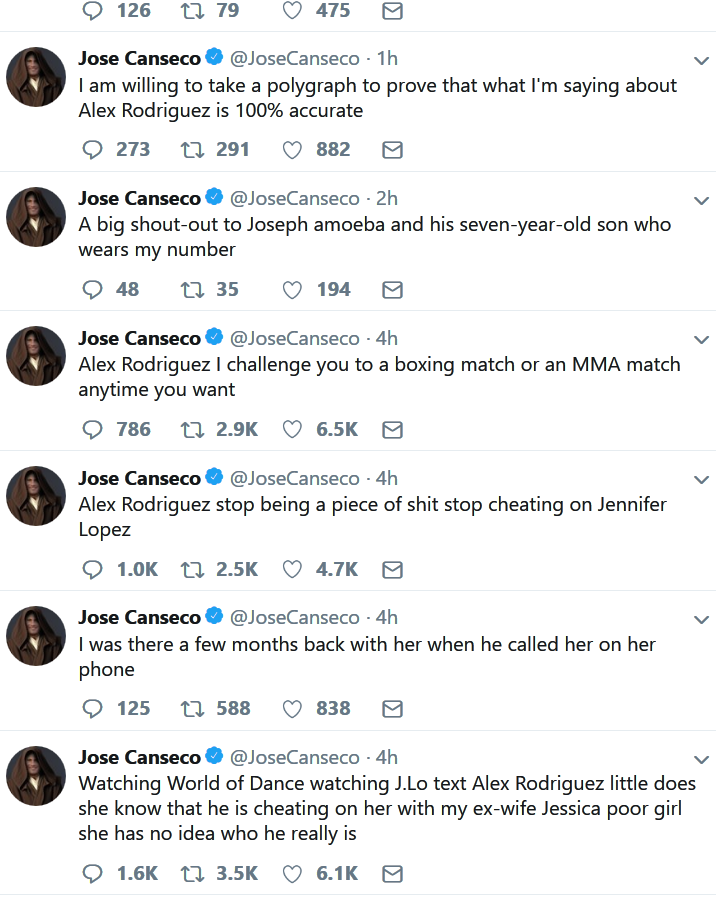