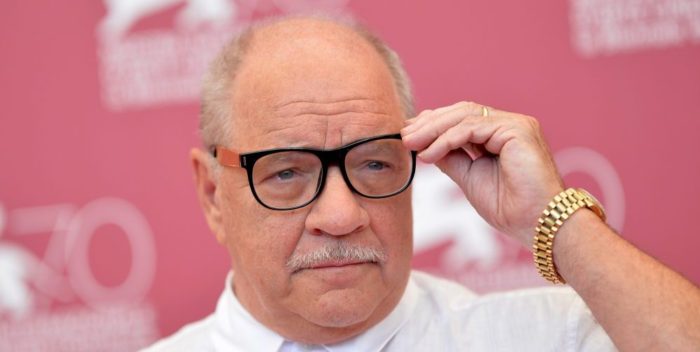 Paul Schrader is one of the great filmmakers, writers, directors of all time. But he was nominated for his first Oscar this year for writing “First Reformed,” which he directed, starring Ethan Hawke.

Indie A24 distributed “First Reformed” and apparently they told Paul– who’s only written “Raging Bull,” “Taxi Driver,” written and directed his own “Affliction”– to keep off Facebook and hold his tongue until Oscar season was over.

It’s over. PS You must see “First Reformed” however you can– in theater, on Netflix, Amazon, etc. It’s so brilliant.

Paul posted this last night to Facebook. It’s a gem:

“Hello. Last fall, after I admitted that I’d like to work with Kevin Spacey, A24 requested that I stay off from FB until award season was over. It’s over and I’m out of FB jail. What happened while I was gone? (1) saw Phosphorescent and did a conversation with Matthew Houck (2) spent Christmas eve with Glenn Close and my family in Xmas costumes (3) Jeff Berg, my agent and friend of 45 years, gave me a reception in his Pacific Palisades home for the Hollywood 70s crowd (4) Dan Smith of Italian fashion firm Isaia gave me a fabulous tuxedo–thanks! (5) ran into Spike Lee, Alfonso Cuaron, Pavel Paveloski, Bo Burnham and Barry Jenkins so often at so many ceremonies and events I never need to see them again (7) realized I didn’t really miss FB that much (8) got enmeshed in a process that made me care about awards I didn’t even respect (8) learned anew never to underestimate the power of mediocrity.”