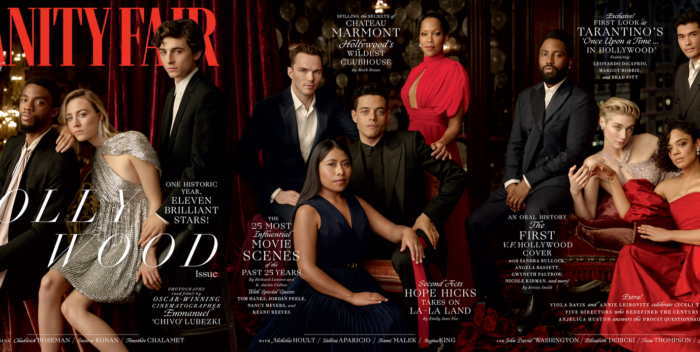 The word late Friday was that Vanity Fair uninvited the New York Times reporter and photographer who were supposed to attend their Oscar party Sunday night.

The reason was that VF didn’t like the Times story this week on how the party was no longer hot. So Ben Widdicombe was told he couldn’t come. The magazine’s quote was that the Times had already reviewed the party.

Listen, I was always nice to Vanity Fair for years under Graydon Carter when they invited me to the Oscar party. But when Radhika Jones took over, and Anna Wintour got her mitts on the party list, VF stopped returning my calls.

The idea of VF banning a reporter because of a negative story is also hilariously not lost on anyone. VF has spewed bile for years at everyone. They can’t take a little criticism from the newspaper of record? Well, shucks.

Widdicombe is not alone. Most of the press people who used to cover the VF party are gone. Most of the guests are, too. I remember the days when Mortons, and then Sunset Tower, were overflowing with celebs. But then last year, with Carter gone, most moved on to other venues.

Today, and I mean actually today, the Vanity Fair tent looms like a white elephant on Santa Monica Boulevard in Beverly Hills behind the Annenberg Center. The buzz is gone. Jones may be gone next. With circulation down, and very ugly covers and issues as the culprit, Jones may be scapegoated out by Anna Wintour. But it’s Jones’s own fault. She’s been offered help by a lot of people, and ignored it.

Now today– and I mean this very day– Vanity Fair is receiving its worst press ever in 30 years. The press people are clueless. They’re dealing a house of cards.

Hey–who knows? Maybe Wintour is trying to shut VF, and make it a subset of Vogue. Wouldn’t that be funny?