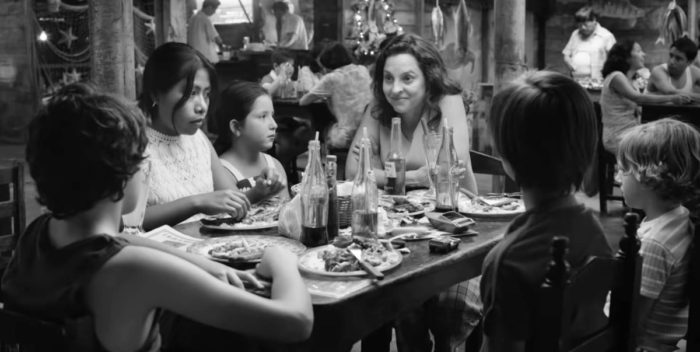 Alfonso Cuaron won Best Director last night at the DGA, as expected, for his brilliant movie “Roma.” It wasn’t unexpected. “Roma” is something that is going to happen whether we like it or not.

Me, I like it. “Roma” is a masterwork. It’s exceptional filmmaking. It’s not a blockbuster, no one knows how much money it’s made, or how much has been spent on its awards campaigns. It doesn’t matter.

Most DGA winners go on to win the Oscar– at least for directing. Cuaron seems to have a lock on that Academy Award. Will “Roma” win Best Picture? That’s the big question.

“Black Panther” won Best Ensemble from the SAG Awards. “Roma” wasn’t even nominated for Best Ensemble even though it has a great group of actors including Marina DeTavira and Yalitza Aparacio, each of whom where surprise Oscar nominees in acting categories. Go figure.

So is the Oscar race between “Roma” and “Black Panther”? Yes. What about “Green Book”? Well, it’s still in there. Mahershala Ali seems certain to win Best Supporting Actor. But “Green Book” didn’t show show in SAG, and Peter Farrelly didn’t win DGA. So the odds of Best Picture are diminishing.

Two movies that are out of the Best Picture race are “A Star is Born” and “The Favourite.” The former is really a disappointment. Bradley Cooper should have won for Best First Feature at the DGA. He wasn’t even nominated for an Oscar. He’s being punished for overachieving,. since “Star” has made $200 million at the box office, plus millions more from the soundtrack.

A “Roma” vs. “Black Panther” fight is good for ratings, good for movies. They are equals in trail blazing for film. If Cuaron wins Best Director and “Panther” wins Best Picture, the real irony will have been no Oscar nomination for Ryan Coogler, the director of the latter film. That will be the headscratcher to discuss for at least a few days. And then a new Oscar season will begin.