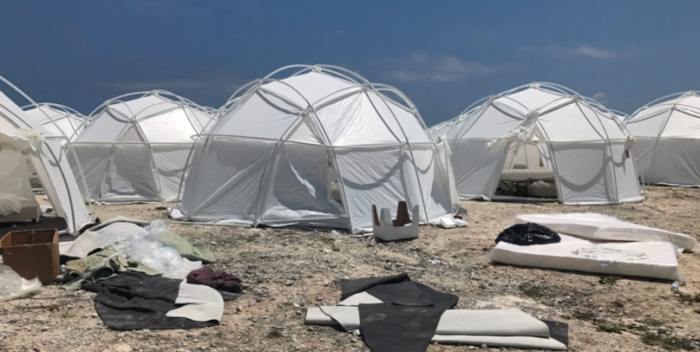 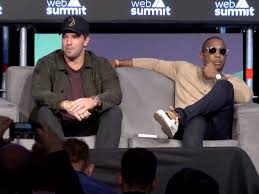 All the rage this week: watching dueling documentaries on Netflix and Hulu about professional con artist Billy McFarland and his failed Fyre Music Festival from 2017. But was McFarland paid to be in one of them, and if so, how? Hold on.

McFarland is nothing but a con, that’s true. He reminded me in both films so much of now-deceased Hollywood money manager Dana Giachetto, who ran a sublime Ponzi scheme in 1998-2000, roping in Leonardo DiCaprio and Mike Ovitz, among others. These big shots just fell under his spell without much work, and later were ripped off to the tune of $14 million. (He committed suicide a couple of years ago.)

McFarland is young and charming, and running his own Ponzi-type schemes in both docs. He was probably thrilled that there were two docs. One is on Hulu, made by Jenner Furst and Julia Willoughby Nelson. The other, on Netflix, is from Chris Smith. Each features erstwhile rapper Ja Rule, who somehow became McFarland’s celebrity mascot (and now pleads ignorance to everything, like Franz Liebkind disavows Hitler in “The Producers” ). Each film is very good, but a combination of the two would have made the best movie ever on this subject.

So McFarland corralled Ja Rule and ingratiated himself with C level stars and supemodels. He went to the Bahamas and shot a viral video pitch for a five-star exclusive music festival on Pablo Escobar’s private island. To quote one of the films it was like a “living Instagram.” Somehow he got the Mistress of Mediocrity, Kendall Jenner (aka Kardashian) to plug it on her social media, and the thing blew up. McFarland started collecting hundreds of thousands of dollars from ticket buyers for his luxury festival.

The only problem was, there was no festival, no infrastructure, no definite plans. He just made it up as he went along, and moved the money around as it came in. Eventually time ran out, thousands of people arrived on the island to find FEMA tents impersonating luxury suites, no running water, and no music.

The result for McFarland: a six year jail sentence, and an order to pay back $26 million in restitution as part of a settlement with the Securities and Exchange Commission.

Now the twist: to appear in the Hulu doc, McFarland was paid. Scott Tobias writes in an excellent piece in The Ringer that the Hulu directors Furst and Nelson admit that McFarland was paid somewhere between $100,000 and $250,000 to sit down, share videos, photos, and deliver an interview with his girlfriend.

Showbiz411 is told, though, that McFarland was not only paid $250,000– but that had to be done through an offshore account. Otherwise, fees McFarland received would have been used for the restitution. I spoke to McFarland’s trial attorney, Randall Jackson, who declined to comment “until I can” about the case.

In July, two concertgoers won a $5 million lawsuit against McFarland. (They’re featured in the docs, but no mention is made of this.) Additionally, there’s a $100 million class action suit brought by Ben Meiselas of Mark Gerago’s firm in L.A. (Geragos, you may recall, was Michael Jackson’s original defense attorney when he was arrested for child molestation in 2003.) Meiselas (whose father, Kenny Meiselas, is a top music industyr lawyer) appears in both documentaries.  Meiselas, as well as the SEC, and the recent lawsuit winners, will be keenly looking at the Hulu directors’ admission in The Ringer and weighing what our sources said. They will want that money whether it’s the $100,000 or $250,000 or frankly, 10 cents.