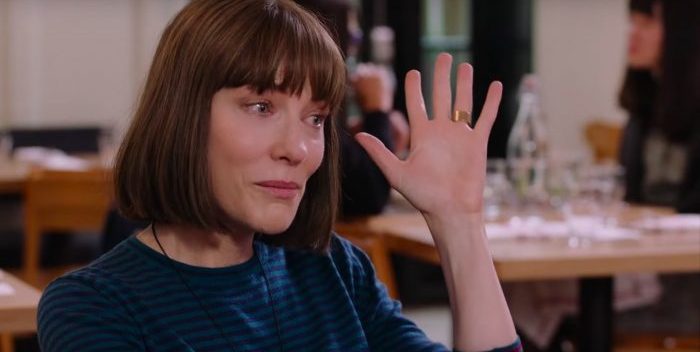 Where’d you go this time. Bernadette?

Richard Linklater’s comedy starring Cate Blanchett was supposed to be released last May, 2018. Then it was moved to March 22nd, next month.

Now Annapurna Pictures has moved “Where’d You Go, Bernadette?” to August 9th. If I were Cate Blanchett I’d be asking questions now.

Here are some of them:

What is going on with Annapurna Pictures? They aren’t having an easy time right now. “Vice” is their only real hit, with $35 million in the bank. But “Vice” is coming to an end soon, it might hit $40 million if it gets some Oscar nods.

“If Beale Street Could Talk” has made just $8 million. It won’t go much beyond $10 mil even with Regina King sure to win Best Supporting Actress. The company has spent a lot already on both movies’ Oscar and other awards campaigns. Probably more than the movies have made.

And there’s Nicole Kidman in “Destroyer.” Here Annapurna just surrendered. In 23 days “Destroyer” has made less than half a million dollars. Kidman gives an incredible performance, and will probably get an Oscar nomination. But the movie’s had no support.

Now Annapurna has to deal with releasing “Bernadette.” It’s led by a two time Oscar winner, Blanchett, and features Kristen Wiig, Judy Greer, and Billy Crudup. Linklater has an army of his own fans. But Annapurna can’t keep all these balls in the air. Moving “Bernadette” gives them some time to regroup. But if “Bernadette” is marketed like “Destroyer,” there will be blood indeed. These actresses don’t need this tsuris, frankly, especially when they’re doing such good work.