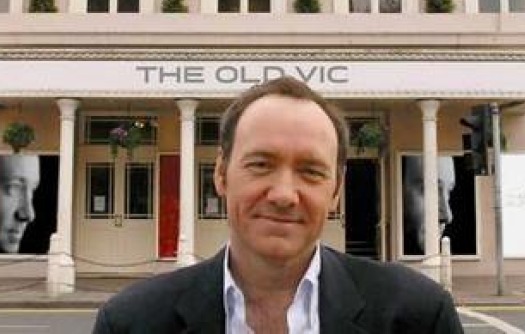 “We’re not done no matter what anybody says.”

Kevin Spacey has posted a video to Twitter– under the title “Let’s Be Frank”– as if he were Frank Underwood from “house of cards.” It’s his first communication since October 2017 when his sex scandals forced him out of the spotlight. Now he’s back on Christmas Eve, claiming as the character that he’s not dead– they killed him off on the series. But the piece is written as Frank and as Kevin, claiming he’s back and that maybe not all the accusations against the actor and the character were true. Very very bizarre. It’s not as if Spacey will return as Underwood on “House of Cards.” The show is over, and amazon studios– with its own issues– won’t be reviving it or making films with Spacey.

Spacey is still under investigation in various venues for accusations of sexual misconduct, which makes today’s video so much weirder. He’s also set to be arraigned in Nantucket, Massachusetts on January 7, 2019 on a charge of indecent assault and battery. A story ran in today’s Boston Globe confirming that, which may have put Spacey on the defensive. Nantucket, an island that is hard to access, will be a media frenzy on that day.

In October 2017 “Rent” actor Anthony Rapp– spurred by the Harvey Weinstein revelations– claimed that when he was a teen Spacey attacked him sexually. After that, dozens more accusations were filed, some with the police in New York, London, and Los Angeles– over Spacey’s inappropriate behavior with young men. That’s when Spacey announced what everyone from here to Pluto knew– that he was gay. And that caused a firestorm because it seemed like he was saying being gay had caused him to do bad things.