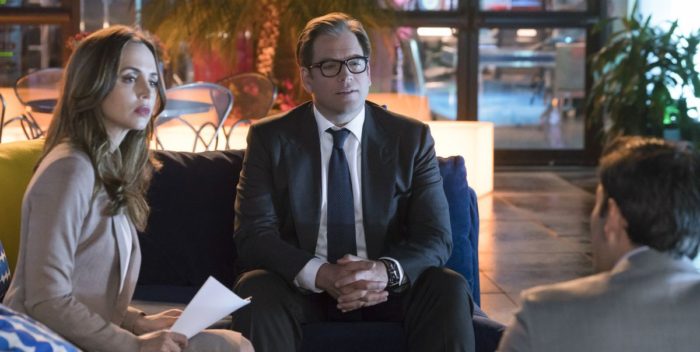 It wasn’t that long ago that we were writing about the poor treatment Pauley Perrette received before she left “NCIS” after 15 years.

A few years back I had heard about Lauren Holly’s similar treatment on “NCIS.” These shows are no country for young women, as it were.

Recently, Brad Kern, show runner for “NCIS New Orleans” was fired for mistreatment of women on the show including making racial comments.

Now it turns out that the golden boy of “NCIS,” Michael Weatherly, caused CBS to settle $9 million on another actress, Eliza Dushku, who was treated badly on his spin off show, “Bull.”

Dushku went into mediation with CBS and received $9.5 million, what she would have earned if she’d stayed with “Bull” for four seasons. She’s not unlike countless actresses who are now recounting stories of careers ruined or stymied by men in power to whom they did not accede. Just today, Cybill Shepherd said in an interview that after she turned CBS chief Les Moonves down, her show “Cybill” was canceled after four seasons. The ratings weren’t great anyway. But Shepherd feels that way and she was there, not us.

The crazy quid pro quo offers at CBS about women and shows does make you question a lot of the decisions made in the last two decades.

It certainly begs the question about why some shows have been cancelled, or actresses have “exited” different series in prime time and in daytime.

The Times says that in an emailed statement Weatherly apologized for his behavior with Ms. Dushku.

“During the course of taping our show, I made some jokes mocking some lines in the script,” Mr. Weatherly said in the statement. “When Eliza told me that she wasn’t comfortable with my language and attempt at humor, I was mortified to have offended her and immediately apologized. After reflecting on this further, I better understand that what I said was both not funny and not appropriate and I am sorry and regret the pain this caused Eliza.”

Weatherly, who was once married to “Young and the Restless” star Amelia Heinle, was always considered Les Moonves’s protege. Moonves literally groomed Weatherly out of “NCIS” into a succeeding hit, “Bull.” Back in September Weatherly declined to comment about Moonves’s scandal at CBS. He told USA Today: “Not to get into any of the ifs, ands or buts about what is right or wrong and where it comes from,” Weatherly said in a recent interview. “Professionally I owe a great part of my career to the decision-making of the higher-ups at the company. It’s a complicated place to be.”