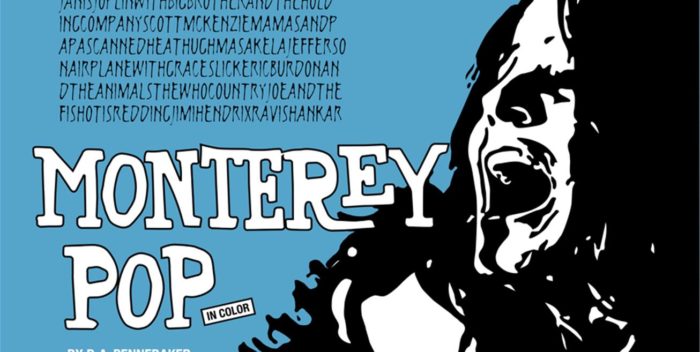 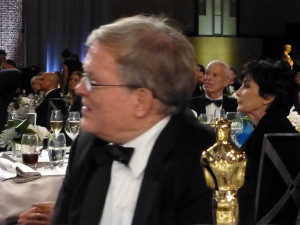 This morning at 3am the Library of Congress announced the new additions to the National Film Registry. There are now about 750 films in the registry, including the ones announced this morning.

Legendary documentary filmmaker DA Pennebaker, 93 years young. already has one on the list– “Don’t Look Back,” his groundbreaking 1967 film about Bob Dylan. Pennebaker was the first doc worker to receive a Lifetime Achievement Award, back in 2013. He and his award winning filmmaker wife Chris Hegedus were nominated for an Oscar in 1994 for “The War Room,” which should also be in the film registry.

Today, his seminal 1968 film “Monterey Pop,” joins the National Film Registry. He shot it at the groundbreaking Monterey Pop Film Festival in 1967. It was the summer of love. The Festival introduced Janis Joplin and Otis Redding, among others, to the world. It was organized, as you can see in the film, by the Mamas and the Papas, Lou Adler, and Bill Graham. A young Clive Davis can be seen rocking out among the fans in his tennis sweater. This was before Woodstock. Everything changed.

Penny, who I was lucky to make “Only the Strong Survive” with in 2002, told me last night that “the crew of Monterey Pop should get the applause. The cameramen were all novices. I’d send them out in the morning with a roll of film and told them to just shoot.”

The cameramen were his allies, all famous now: Richard Leacock, Al Maysles, Nick Doob, Jim Desmond among them. I was lucky and blessed to have Nick and Jim help shoot “Only the Strong Survive” decades later.

Penny told me: “I didn’t know how to make a film with five or six people. I thought it was a personal thing, you did yourself. In the end, what a gift they were. You have to have the best people you can find help you.”

And who was his favorite performer? “Janis Joplin, because I got to know her so well,” he said. “If she were alive  I know she’d be writing and doing all kinds of things. But I loved Otis Redding, too” In truth, long friendships were formed by Penny with John and Michelle Phillips, Lou Adler, everyone who worked on the project.

I’ll update the other registry inductees when I wake up. Why the press release is coming at 3am eludes me.